Innovation. It’s the buzzword used by everyone in business and is vital for the growth of every industry. The number and variety of technologies keep growing, with innovators and entrepreneurs […] 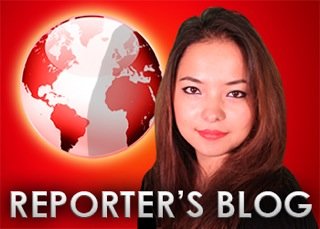 Innovation. It’s the buzzword used by everyone in business and is vital for the growth of every industry.

The number and variety of technologies keep growing, with innovators and entrepreneurs always coming up with new inventions.

Let’s take, for example, one of the most used technologies around the globe – the mobile phone.

Almost everyone owns an iPhone these days. It was in 2007 when Apple launched its first ever iPhone and fast forward six years later, we have had five generations of the model so far. The iPhone, when initially launched, was something very different to what was available in the market and although that may have driven people to buy it, they’ve upgraded it every single year, with more functionalities and ease of use for consumers. Apple have grasped that in this modern world of business, a creation or idea is pointless if one can’t sell what you’ve created.

Which brings me to an event I attended earlier this week where businesses with new creations were there to do just that – sell. Called ‘Cleantech Innovate’ organised by ecoConnect, there were 40 different firms that showcased their inventions to those in the cleantech sector – industry experts, potential investors, new customers and corporates. The 40 were picked out from a staggering 90 applicants – all of them British.

Now although the UK is believed to be one of the leaders in technology, I was surprised most of the businesses – which were start-ups and looking for investment – didn’t already have the support they needed. This made me think, if the UK Government is trying to encourage innovation to help drive the economy – has the cleantech industry been left behind?

On the day the inventors came up and had five minutes to do a “Dragon’s Den” style pitch. The ideas went from the practical to down right bizarre but almost all of them seemed very well thought out;

There was energy generation and storage – one where a home or small to medium sized businesses could store excess energy generated on site and use it when needed instead of having to feed it into the National Grid. Someone showcased a zero emission engine technology that runs on liquid air, which could definitely compete with hydrogen fuel cell and battery electric systems. A smartphone app which was a data collection platform for personal transport which could track and report on carbon emissions, which businesses can use to manage their behaviour – simply by carrying their phone and a gizmo which could easily help read tyre pressure accurately and with the right pressure, help people save money!

So lots of ideas. None of them with backing. So where’s the Government in all this?

Cleantech is worth £106 billion to UK plc, employs 880,000 people and from what I saw this week is a hot bed of innovation. Doesn’t that deserve our support Mr Cameron?