Household energy bills will rise by £240 a year by the end of this decade, largely due to the cost of the Government’s green policies. Energy supplier npower has warned […] 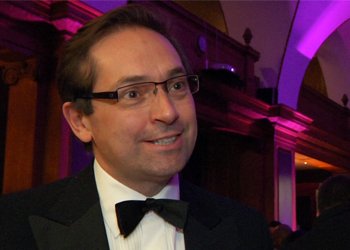 Household energy bills will rise by £240 a year by the end of this decade, largely due to the cost of the Government’s green policies.

Energy supplier npower has warned average gas and electricity bills are expected to rise from the current £1,247 figure to £1,487 by 2020, without taking into account inflation increases – primarily driven by the impact of new infrastructure and green projects such as new wind farms and energy efficiency initiatives.

It claims support for low carbon technologies alone would add £82 to the average energy bill by 2020, up from £34 this year and £12 in 2007. It also suggests the cost of investing in low carbon power technologies could rise from 3% to 5.5% by the end of the decade.

Paul Massara (pictured), CEO of npower told ELN: “We’ve got to accept that we’re in a once-in-a-generation requirement to refresh our infrastructure and that means our network, our generation. At the same time we want to move to a low carbon economy. And the reality is those two coming together will increase cost to consumers. And I think we want to be open and honest that that’s the policy the Government has decided and those costs are going to flow through to businesses and to consumers.”

In its new report, the ‘Big Six’ energy firm claims policy and regulation costs could rise by 78% between now and 2020 and the costs of upgrading the UK’s network infrastructure expected to add an extra £114 to energy bills. Supplier costs also make up around 16% of an average domestic bill, although it is expected to remain flat apart from the smart meter roll-out, which would add £24 by the end of the decade.

Mr Massara added energy firms are cutting operating costs to keep bills down but suggested consumers need to play their part too.

He said: “Consumers need to start making choices. Do they switch off the TV at night, do they not run the tumble dryer, do they hang out their washing instead? What are those small things they can do to modify in a way the lifestyle without impacting it significantly that can help them save energy? And the first part of that discussion is to be open and honest about what’s happening or is likely to happen to bills so that people can make a choice.”

He added: “Global gas prices not green policies have been primarily pushing up energy bills. That is why it is vital we crack on with securing investment in a diverse energy mix that includes renewables and new nuclear as well as gas. We must also continue to drive up the energy efficiency of the nation’s housing stock, particularly the homes of the most vulnerable households.

“Today our polices are keeping bills lower than if we did nothing – by an average of £65 for typical households. In 2020, bills will be £166 lower than they would be if we left ourselves exposed to global price shocks, left our homes leaking energy and left future generations to deal with climate change.”