European solar manufacturers said they plan on filing a lawsuit against the agreement reached between the EU and China over the trade dispute. Solar panel manufacturer association EU ProSun, which […] 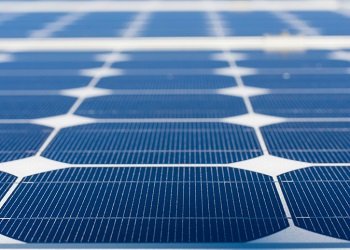 European solar manufacturers said they plan on filing a lawsuit against the agreement reached between the EU and China over the trade dispute.

Solar panel manufacturer association EU ProSun, which represents around 40 firms, said it would go to the European Court of Justice in Luxembourg to challenge the deal.

The new proposal sets a price floor for Chinese solar panel exporters where they will commit to stop dumping and keep prices above a certain level. In return, those participating in the price undertaking do not have to pay the anti-dumping duties.

EU ProSun said the deal was unacceptable. President Milan Nitzschke said: “The agreement between the European Commission and China is contrary in every respect to European law. The agreement endangers the very existence of the European solar industry, which has already lost 15,000 jobs due to Chinese dumping and illegal Chinese state subsidies and now is at risk of losing remaining producers in Europe.

“The EU Commission obviously acted against their overall mission and did not represent the interests of the European industry. It appears rather that there was only a desire to bring the proceedings to a quick end. Throughout the negotiations, China appears to have blackmailed and mocked the EU.”

He added the firms are “fighting for their rights” and maintaining the high-tech PV industry in Europe and plans to take legal action against the agreement is “the logical and required further step”.

Mr Nitzschke said: “It is not our intention to block negotiations. But even the biggest EU trade conflict ever must still be resolved on the basis of the applicable law… The damage done by DG Trade in this case, led by its Director General, is immense and goes far beyond the solar industry. From steel production to the automobile industry, no one can be certain to be able to obtain redress against even the most flagrantly illegal subsidised dumping by producers from third countries. For Europe’s industrial base, this would be devastating.”

EU Trade Commissioner Karel De Gucht, however, said: “I have heard some voices arguing that we have given in to China and that this agreement will destroy the European solar panel industry. I disagree.

“I believe that this solution will remove the injury for European industry. It is equivalent to imposing provisional duties for all Chinese exporters. The effect will be that the European industry will have the space to regain its previously held market share. We restore stability with a sustainable price level in the European market.”

The Solar Trade Association (STA) believes the duties imposed on imports from China is a “major threat” to the large UK downstream solar industry and manufacturers.

Chief Executive Paul Barwell said: “We’re concerned the deal reached by China and the Commission will ultimately achieve little as German manufacturers are unlikely to be able to compete long-term with the Asian giants. Meanwhile in the short term, the proposals could do real damage to the UK downstream solar industry and to national deployment levels. They leave the UK non-domestic solar industry in a very difficult position, when in fact the UK is one of the major EU growth markets and ought to remain so.”