China’s power capacity to more than double by 2030

Power capacity in China’s energy sector is expected to more than double by 2030 in order to keep up with a 5% growth in demand each year. Carbon emissions will […] 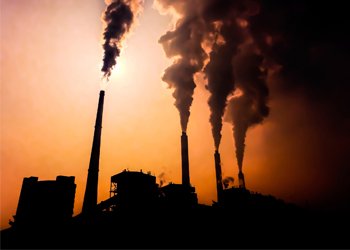 Power capacity in China’s energy sector is expected to more than double by 2030 in order to keep up with a 5% growth in demand each year.

Carbon emissions will peak in 2027 under the most likely model set out in the report by Bloomberg New Energy Finance (BNEF).

Most of the growth is forecast to come from renewables, with an additional 47GW installed each year. By 2030 renewable capacity is expected to match that of coal, each contributing 44% to the country’s total. But there will still be high growth in coal-fired capacity with an extra 25GW added each year, the equivalent of two new plants each month.

Coal will stay dominant in terms of actual electricity generation as renewable energy requires more spare capacity to meet demand when there are lulls in the wind or the sun disappears behind clouds. It will remain the source of 58% of electricity generated, down from 72% in 2012, while renewables will increase from just 21% to 29%.

The report claims environmental concerns could be alleviated with changes to energy policy. Under an alternative model laid out in the report, emissions could peak four years earlier in 2023 if an emissions trading scheme was introduced and barriers to the uptake of renewables were removed.

Michael Liebreich, chief executive of BNEF said: “It is hard to underestimate the significance of China’s energy consumption growth and its evolving generation mix. The impacts will reach far beyond China and have major implications for the rest of the world, ranging from coal and gas prices to the cost and market size for renewable energy technologies – not to mention the health of the planet’s environment.”