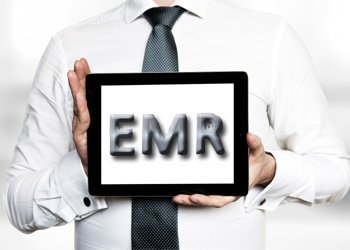 There is still confusion around the Government’s Electricity Market Reform (EMR) among energy consultants, ELN can reveal today.

Energy Live News hosted a webinar for energy consultants this morning to find out how the EMR will affect them and what they can expect, with expert speakers from supplier npower.

A survey conducted showed 19% of the audience of consultants are still not fully aware of the EMR. Only 3% said they are fully across the legislation and a whopping 78% said they would like more information on it. The findings are somewhat surprising given the masses of coverage given to the legislation in the press and across industry but it appears the levels of knowledge out there are still low.

Chris Billing, Head of Indirect Sales at npower said: “I think it’s an industry issue that needs to be addressed… The energy industry has been changing quite dramatically over the last five or 10 years and it just proves how important it is for customers and consultants to make sure they’re on the forefront of understanding government legislation and policy coming in over the following years. We’ve been taking an active role at npower over the last couple of years in ensuring that businesses have a voice in the policy decisions that affect them.”

Today’s webinar poll seems to back up a report released by npower yesterday which revealed three quarters of UK businesses are worried about the impact the EMR will have on their organisation.

Much of this worry comes about from confusion because of the complex nature of the EMR. Although the Government is providing information on the EMR, it is directed more towards the industry rather than the end user.

Today when the consultants were asked where they get updates on the reform, 29% picked DECC, 21% said their energy supplier whilst 50% get information from industry bodies. But it’s clear they need more help.

Mr Billing added: “Energy consultants have a role to inform their customers and they should be talking to them about energy efficiency, on-site generation, understanding triads, demand side response and these are just a few things that can mitigate the costs of EMR which are forecast to be between £13 – £25 per MWh by 2020. It’s important those conversations are taking place. npower has set up an EMR working group where we share latest information and provide an opportunity for businesses to feed into EMR-related consultations.”

The EMR is due to become law as part of the Energy Bill by Christmas.