If wasted food was a country it would be the world’s third largest emitter of greenhouse gas – just behind the US and China. A United Nations report has found […] 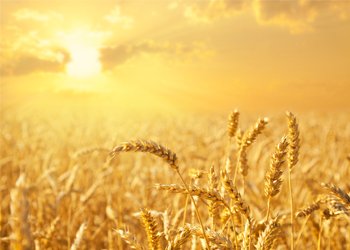 If wasted food was a country it would be the world’s third largest emitter of greenhouse gas – just behind the US and China.

The price tag for all this uneaten food is a whopping $750 billion (£474 billion) and it also consumes the same volume of water as the yearly flow of Russia’s Volga River.

Food lost further along the journey to hungry stomachs has a greater cost to the environment. The report from the Food and Agriculture Organisation of the UN (FAO) found 54% of waste happens ‘upsteam’ during production, handling and storage whilst the other 46% occurs ‘downstream’ in processing, distribution and consumption.

In more affluent countries food tends to be squandered later down the line – by consumers who fail to plan their shopping, buy too much and ‘over react’ to best before dates, as well as retailers who reject perfectly edible food on the basis of looks. In poorer nations waste happens much earlier in the supply chain because of problems with harvesting, transportation and storage.

When identifying the best ways to tackle the problem the FAO said the highest priority should go to reducing waste in the first place, by better balancing demand and supply and reducing crop losses from poor farming practices.

The UN body also says more should be done to re-use food when there are inevitable surpluses – donating food to vulnerable members of society or diverting it to livestock if it’s unfit for human consumption.

If all this fails the FAO says food should be recycled or used to recover energy, through anaerobic digestion, composting and incineration. As rotting food is a large producer of methane – a powerful greenhouse gas – the organisation says landfills should be the very last resort.

The FAO’s Director-General Jose Graziano da Silva said: “All of us – farmers and fishers, food processors and supermarkets, local and national governments, individual consumers, must make changes at every link of the human food chain to prevent food wastage from happening in the first place and re-use or recycle it when we can’t.”

He added: “We simply cannot allow one third of all the food we produce to go to waste or be lost because of inappropriate practices, when 870 million people go hungry every day.”