Consumer satisfaction in Britain’s energy industry has plummeted to a new low of just 41% – one of the lowest average scores across a range of products and other sectors. […] 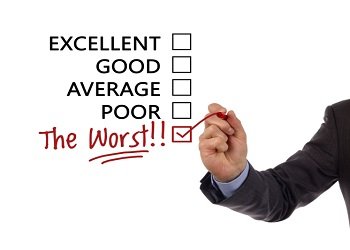 Consumer satisfaction in Britain’s energy industry has plummeted to a new low of just 41% – one of the lowest average scores across a range of products and other sectors.

New research by Which? reveals the Big Six suppliers are at the bottom of the table, with npower scoring the lowest for the third year running with just 31% satisfaction.

The top spot has been held by small independent providers Good Energy – for the third year running – and Ecotricity at 82%. They were followed by Utility Warehouse, Ebico, Ovo Energy and the Co-opeartive Energy.

The research also shows energy prices are the main concern for 84% of customers and only a quarter trust suppliers to act in their best interest.

Which? Executive Director Richard Lloyd said: “Once again the biggest energy companies have been beaten by the smaller suppliers but there are no winners in a broken market that consistently fails consumers. Our findings highlight why it’s vital that Ofgem’s first Annual Review of competition clearly identifies why the market is failing and what needs to change.”

Regulator Ofgem said its plans to make the market simpler, clearer and fairer last year, which will be fully in place this summer, will help make it easier for consumers.

A spokesperson added: “These are the biggest changes to the energy retail market since competition began. They will increase competitive pressure on suppliers and make sure that consumers find it easier to pick out the best deal for them. The enforceable standards of conduct we have put in place as part of these reforms also mean that suppliers must treat consumers fairly.

“It is up to suppliers to build on our reforms to restore consumer confidence in the energy market.”

Ofgem is also working with the Office for Fair Trading (OFT) and the Competition and Markets Authority to assess the competition in the sector.