Ireland could face a daily penalty of €25,447.50 (£20,909) a day for failing to enact EU legislation on renewable energy. The European Commission said it is referring Ireland to the […] 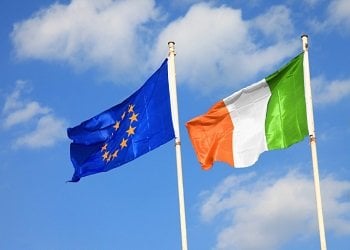 The European Commission said it is referring Ireland to the Court of Justice “for failing to fully transpose the Renewable Energy Directive”, which requires EU member states to generate 20% of energy from renewable sources by 2020.

The Directive had to be made into law by member states by 5 December 2010.

Although Ireland has adopted “a considerable amount” of legislation required by the Directive, some still remain to be made into law, the Commission said. It includes a 10% target for renewables in transport and the management of grid access for electricity from renewable sources.

The Commission had previously sent formal notices to Ireland in January 2011 and June 2012.

Günther Oettinger, EU Energy Commissioner said: “It is essential that all the Member States implement the renewable energy legislation. Renewables are vital for the security of supply and European economic growth. They are key in mitigating global climate change.”

The Commission has referred Austria, Poland and Cyprus to the Court for the same reason.

The Irish Government said the case against the state is a “technical one”. Its Department of Communications, Energy and Natural Resources said: “Ireland complies fully with all the obligations imposed by the Renewable Energy Directive and the EU Commission does not dispute this fact.”

The Department added: “We have already transposed the bulk of the Directive and we are committed to having the remaining technical provisions fully transposed as early as possible in 2014 – and, in any event, well in advance of any hearing in the European Court.”