A new light-activated material can convert carbon dioxide into carbon monoxide without producing unwanted byproducts. That’s according to scientists at the Lawrence Berkeley National Laboratory (Berkeley Lab), who said the […] 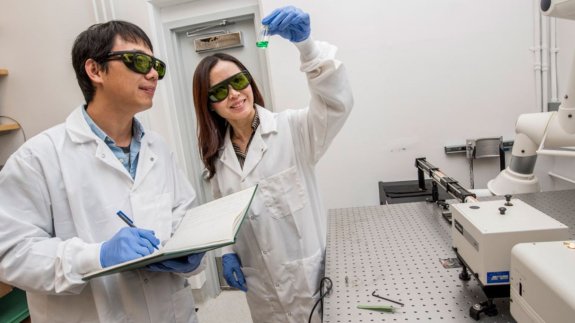 That’s according to scientists at the Lawrence Berkeley National Laboratory (Berkeley Lab), who said the technology could see solar-powered catalysts being used to generate fuel and other energy-rich products from harmful greenhouse gases in the atmosphere.

They suggest the spongy nickel organic crystalline material they have developed can create carbon monoxide suitable to be turned into liquid fuels, solvents and other useful products.

The reduction of carbon dioxide by catalysts is not new but other methods typically generate multiple waste chemicals in the process – the nearly total efficiency of the new process represents a new level of control.

The researchers said the catalyst also had a promising level of stability, allowing it to be used for an extended period of time.

Haimei Zheng, Principal Investigator on the project, said: “The world right now is in need of innovative ways to create alternatives to fossil fuels and to stem the levels of excessive carbon dioxide in the atmosphere.