Wetlands ‘can cut damage from fertilisers’

Wetland areas are highly effective at reducing harmful excess nitrate levels in rivers and streams. That’s according to researchers funded by the National Science Foundation (NSF) in the US, which […] 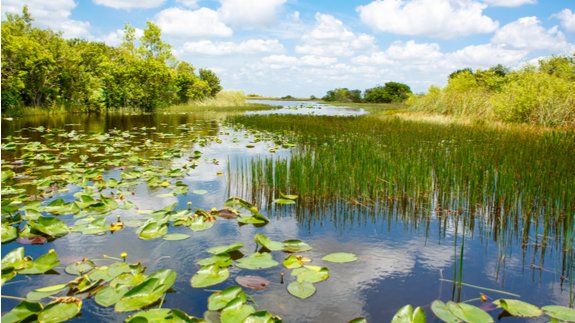 That’s according to researchers funded by the National Science Foundation (NSF) in the US, which say swamps, bogs and deltas can be up to five times better at reducing nitrate than the best land-based mitigation strategies.

Excess nitrate from agricultural fertiliser can end up in rivers and streams, where it can damage ecosystems, flowing out to sea and even end up harming human health.

The researchers, which collected water samples from more than 200 waterways in the 17,000-square-mile Minnesota River Basin over a four-year period, said their role was likely to increase in the immediate future.

Climate forecasts predict increases in the volume and frequency of rain – conditions which can drive the ability of wetlands to ‘clean out’ nitrates even higher.

“This study demonstrates that retaining or restoring wetlands in intensively managed agricultural watersheds would reduce nitrate in rivers and improve local water quality, while also reducing nitrate exports to the Gulf of Mexico hypoxic [dead] zone.”