It was the second most productive form of power generation across the first three months of 2018, following gas 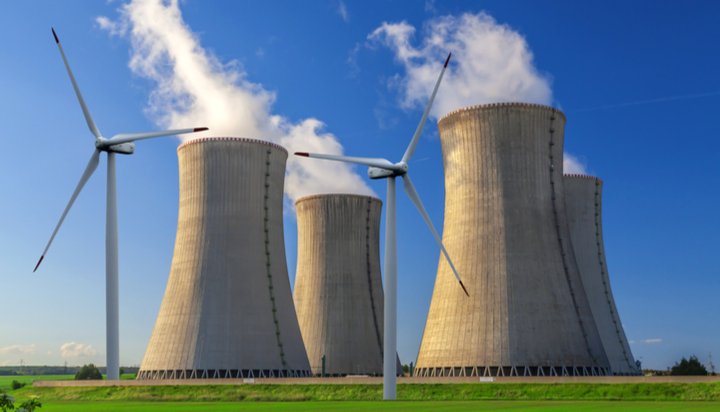 The UK’s wind generation has overtaken nuclear output throughout an entire quarter for the first time on record.

Using data from National Grid, researchers from Imperial College London found wind power was the second most productive form of power generation across the first three months of 2018.

The UK’s 8,886 onshore and offshore turbines produced 18.8% of the UK’s total energy mix over the period, followed by 18.7% from nuclear power plants.

Gas made up the largest proportion of the mix at 39.4%, with coal power continuing to fall, totalling 9.8% of generation in the quarter.

Solar power produced significantly less than wind at around 2%.

Wind generation peaked on the 17th of March as the nation’s turbines produced more than 14GW of power for the first time on record, supplying 47.3% of the entire country’s demand.

Analysts from the university said the data shows fears about whether wind can be relied upon during a cold, calm spell seem to be unfounded – wind farms operated at a minimum of 4.4GW during the recent cold snap.

All renewable technologies combined provided 26% of power over the quarter, reaching around half if nuclear is also taken into account.

Rob Gross, Director of the Centre for Energy Policy and Technology at Imperial College London, said: “This milestone shows that renewables can play a significant role in the electricity mix of the UK and we have also seen that wind can make a substantial contribution when demand is high and there are problems with other power stations.

“We have shown what is possible. What is needed now is continued commitment from government to ensure that renewables remain viable for investors as subsidies are scaled back and removed.”