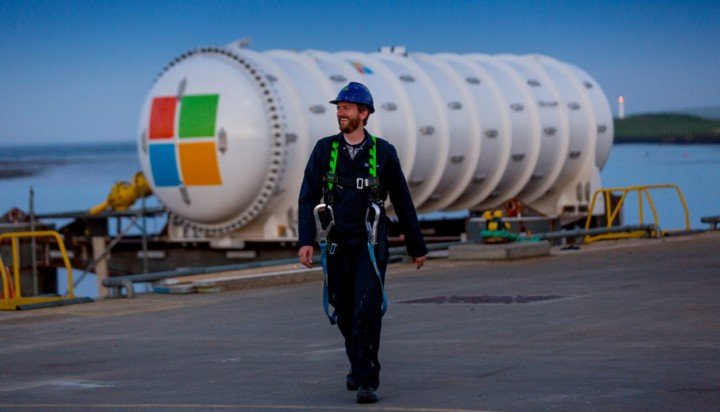 Microsoft has sunk an ocean-based data centre to the sea floor in Orkney to test energy efficiency improvements.

The technology giant’s Project Natick lowered a shipping container-sized prototype to the seabed, where it can stay, holding data and processing information, for up to five years without maintenance,

The firm said despite being as powerful as several thousand high-end consumer PCs, the data centre uses minimal energy as it’s naturally cooled.

It is powered by renewable energy from the European Marine Energy Centre’s (EMEC) tidal turbines and wave energy converters – Microsoft added it marks one of the first stages of developing self-sufficient data centres.

The company said as around half of the world’s population lives near large bodies of water. Project Natick could prove very useful in sustainably providing them with internet access in the future.

Paul Wheelhouse, Scottish Energy Minister, said: “This development is, clearly, especially welcome news also for the local economy in Orkney and a boost to the low carbon cluster there.

“It helps to strengthen Scotland’s position as a champion of the new ideas and innovation that will shape the future.”