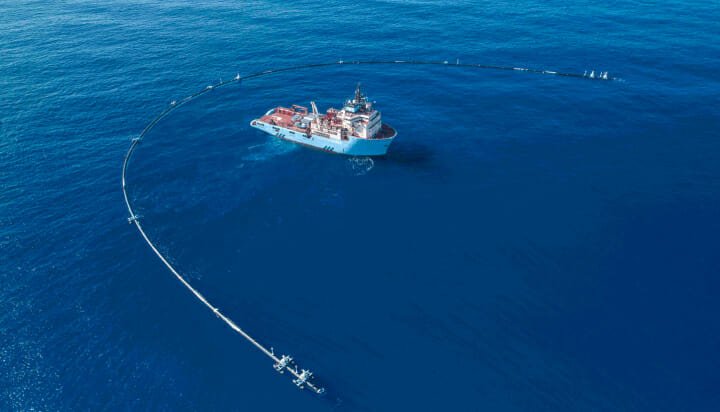 The Ocean Cleanup has pledged to remove plastic waste from the world’s seas by 2050.

It plans to start removing the five million separate pieces of rubbish currently floating in the world’s oceans with its new ‘passive system’, which uses natural currents forces to move around and collect plastic.

The 600-metre solar-powered floater sits on the surface of the water, with a three-metre skirt attached below to catch debris – it uses algorithms to find optimal deployment locations, after which the system roams garbage patches autonomously, feeding information back to scientists on land.

The majority of plastic waste in the oceans accumulates in five ‘garbage patches’, damaging ecosystems, health and economies.

The group estimates a full-scale deployment of its systems would be able to clean up around half of the largest of these, known as the Great Pacific Garbage Patch, every 5 years.

It says by removing the plastic while it remains in relatively large pieces, like shopping bags and bottles, it can prevent the waste from breaking down into more dangerous microplastics.