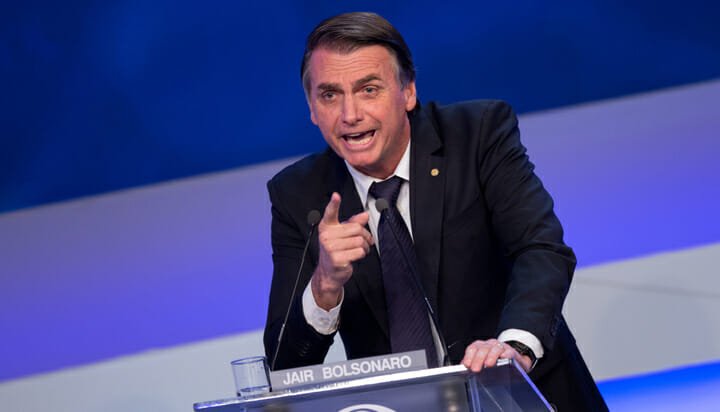 The front-runner of Brazil’s upcoming presidential election has reassured voters he would keep the country in the Paris Agreement if elected president.

Jair Bolsonaro previously expressed admiration for Donald Trump’s decision to leave the international climate change pact – however, he has now said he would respect the deal as long as the nation’s control over the Andes mountains, Amazon rainforest and Atlantic Ocean are not affected.

He said: “Let’s put on paper that the Triple A isn’t in play and neither is the independence of any indigenous land and I’ll uphold the Paris Agreement.”

He then strengthened the statement by saying “Brazil stays in the Paris Agreement”.

Mr Bolsonaro has recently outlined plans to scrap the environment ministry, remove funding from enforcement agencies and create a highway running through the Amazon.

Green groups have voiced concerns regarding the possible impact of his presidency on the world’s most important forest and the threat of deforestation – 19 civil society groups have condemned his proposals in an open letter.