Hydrogen train on track for 2022 arrival in UK

Alstom and Eversholt Rail have unveiled the design of their new gas-powered train, which has been codenamed ‘Breeze’ 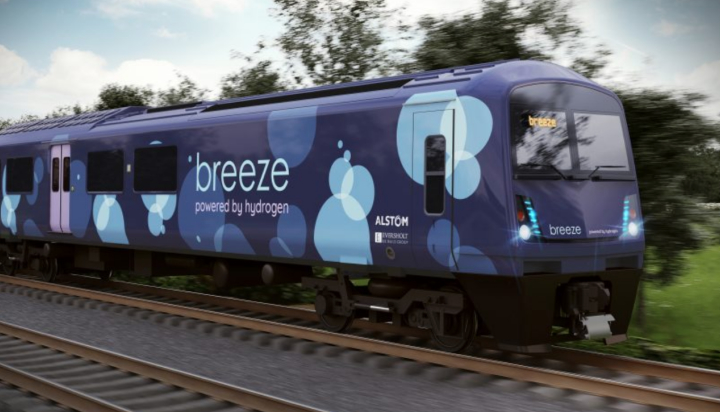 Alstom and Eversholt Rail have unveiled the design of their new hydrogen-powered passenger train.

The train, codenamed ‘Breeze’, will be a conversion of existing Class 321 trains and could be carrying travellers around the UK as early as 2022.

They will emit only water, produce no greenhouse gases and are said to be even more spacious than the trains they are intended to replace.

The rolling stock conversion will be carried out by Alstom, working in partnership with Eversholt Rail – the firms are collaborating to develop full business cases, plan initial deployment and evaluate what refuelling infrastructure will need to be built.

An first-stage engineering study is now complete and the train design concept has been finalised.

Andrew Jones MP, the UK’s Rail Minister, said: “Hydrogen train technology is an exciting innovation which has the potential to transform our railway, making journeys cleaner and greener by cutting carbon dioxide emissions even further.

“We are working with industry to establish how hydrogen trains can play an important part in the future, delivering better services on rural and inter-urban routes.”

Alstom already has hydrogen trains running on a daily basis across Germany.