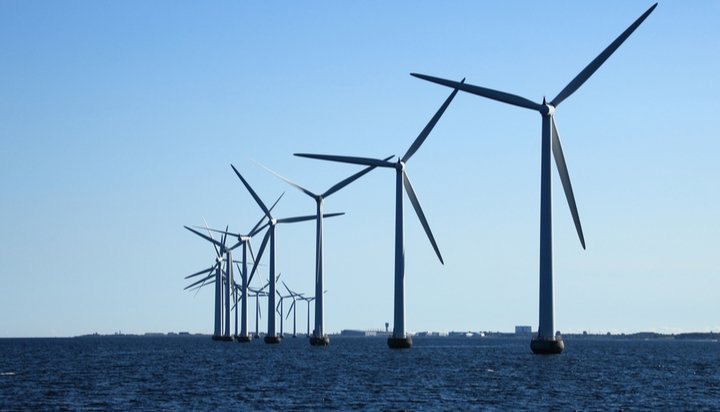 Offshore wind is set to provide a third of the UK’s electricity by 2030.

That’s the bold statement from Energy and Clean Growth Minister Claire Perry, who has announced the launch of the new Offshore Wind Sector Deal, led jointly by government and industry.

It’s time the government stepped out of the way

Rebecca Long Bailey MP, Labour’s Shadow Business, Environment and Energy Secretary, said: “As green groups slam the deal as woeful, industry groups say they could deliver so much more and trade unions express concern over UK-based jobs and working conditions, there is one question for the government: why is its response so lacklustre when faced with the greatest challenge faced by any generation?

“Nothing less than a green industrial revolution will do to tackle climate change and seize the enormous economic opportunities of a low carbon future. That is why Labour has set out plans for a seven-fold increase in offshore wind by 2030, creating 120,000 jobs.

“Labour gets it, the public gets it and it’s time the government stepped out of the way.”

Dr Jenifer Baxter, Head of Engineering at the Institution of Mechanical Engineers, welcomed the “ambitious” deal and said it was good news for engineering across the UK.

She added: “The UK has been very successful in delivering offshore wind and with this sector plan we must ensure that we are able to maximise the power produced by new offshore wind farms.

“There will need to be equal effort placed on developing energy efficiency programmes to reduce power demand as well as effective storage technologies that will enable power to be dispatched when needed.”

Great news for the sector’s future

He also called for the government to “redouble its efforts to implement all parts of the Industrial Strategy, in order to boost productivity and prosperity across the UK for the long run.”

He added: “This includes more joined-up thinking and better co-ordination between government departments.”

Justin Bowden, GMB National Secretary, said: “Trade unions are all about jobs, so any initiative that leads to more work, particularly for women who are currently underrepresented in the energy sector, is welcome.

“The truth however is that to date the so-called ‘green jobs revolution’ has largely been a figment of the imagination of politicians of all parties and those pushing for an over reliance on renewables – with all the risks to our future energy supply and economic competitiveness.

“If Claire Perry’s vision is actually to be achieved with decent, well-paid and skilled jobs, then the government will need new rules about renewable energy sources.”