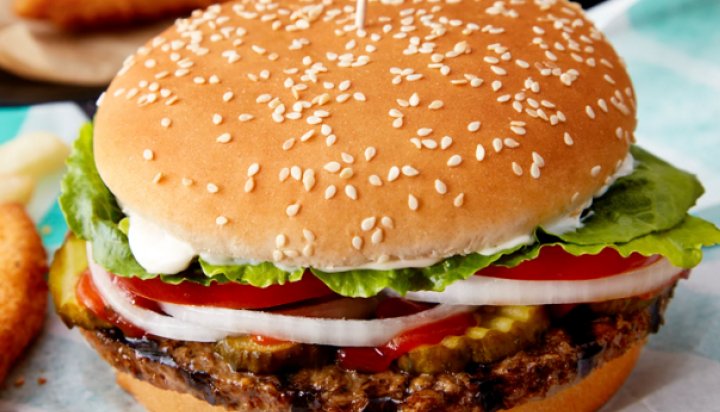 Burger King has unveiled a new meat-free version of its famous Whopper burger.

The fast food giant has teamed up with Impossible Foods to launch the Impossible Whopper, which swaps out the traditional beef patty for a vegetarian alternative.

The patty is made of soy protein, potato protein, coconut oil, sunflower oil and heme – it provides 17 grams of protein and zero milligrams of cholesterol.

Burger King is initially only trialling the product in 59 restaurants across the city of St Louis, US but says if the trial proves successful, Burger King says it will roll out the Impossible Whopper nationally.

British scientists have taken a step towards lab-grown meat by successfully growing animal cells on blades of grass.