Siemens’ eHighway technology has been put into action on a 6.2-mile stretch of the autobahn in Germany 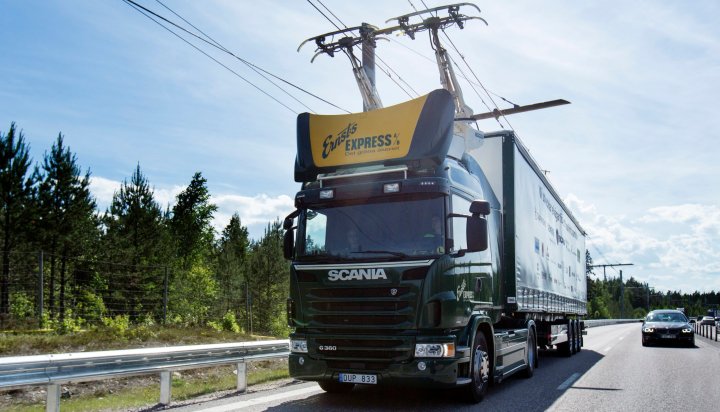 Overhead lines to power electric trucks have been put into action on a 6.2-mile stretch of the autobahn in Germany.

The German Government says the first test of the eHighway system on a public road began earlier this week – developed by Siemens, the technology allows trucks with special equipment mounted on their roofs to connect to overhead electrified lines while driving at speeds up to 56 miles per hour.

The section of road links Frankfurt airport, a global freight hub and a nearby industrial park – there are plans to launch the technology on two other stretches of autobahn in the near future.

The trucks run on electric motors when connected to the overhead lines and use a hybrid system when they disconnect, resulting in a significant reduction in emissions of carbon dioxide and nitrogen dioxide over the course of their journey.

Siemens says the model can be integrated with existing road infrastructure, making it a practical way to reduce emissions and energy consumption, and predicts the system means a truck operator could save around €20,000 (£17,200) on fuel costs over 62,000 miles travelled.