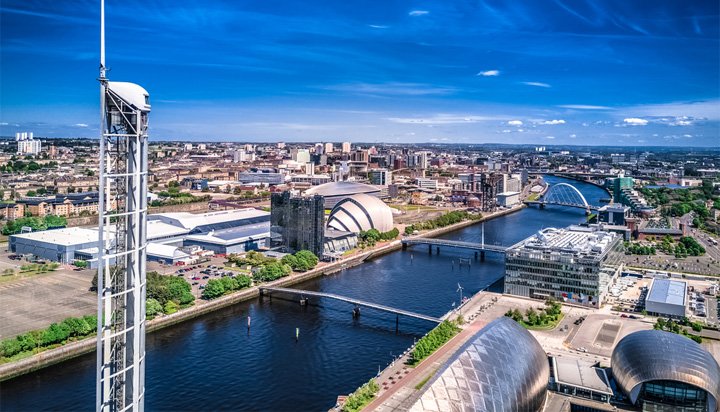 Glasgow has announced its goal to become the first net-zero carbon emissions city in the UK.

Big Six energy supplier ScottishPower is to help the city council achieve its target of net zero emissions “well before” 2045, working in collaboration on a range of programmes.

That includes the decarbonisation of transport and heating as well as investment in the electricity grid to support a low carbon city.

ScottishPower is planning for the rollout of mass charging points for electric vehicles (EVs) as part of the city’s decarbonisation plans.

Glasgow has so far established the first Low Emission Zone outside of London, intending to phase out the dirtiest buses from the city centre over five years.

Susan Aitken, Glasgow City Council Leader said: “Today I make a commitment that Glasgow is determined to lead the UK’s ‘race to zero’.

“From the research by the Intergovernmental Panel on Climate Change to the appeals from our classrooms, our streets and civic squares, we know that emissions reduction is the issue of our times. We simply have to act now and the Glasgow City Government will develop those partnerships necessary to get to where we simply have to be. We need to be a net zero city and we need to be the UK’s first net zero city.”

Keith Anderson, Chief Executive of ScottishPower added: “The maths for going net zero is simple. Renewable energy capacity has to quadruple and electricity generation has to double. We can’t do this if we keep inventing ways to block new renewable capacity. Onshore wind in particular has suffered as a consequence and the time has come for a fundamental rethink.

“We’ve been able to compensate to some extent by racing ahead with large offshore wind projects but quadrupling capacity can’t rely on putting all our eggs in one renewable basket. We’ve said very clearly we will aim to invest £6 billion in renewable capacity by 2022. The easier it is to do this, the quicker we all get to net zero.”

The Scottish city of Edinburgh has also set a provisional target to become net zero by 2037.