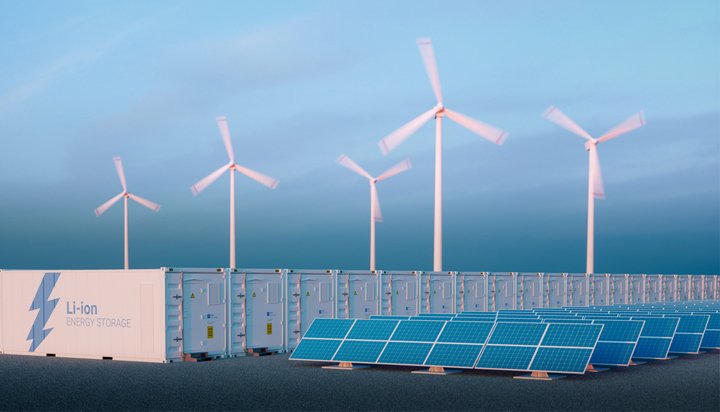 The global stationary energy storage market is expected to multiply over the next two decades, surpassing 1,000GW of capacity by 2040.

That’s according to new research, which suggests capacity will increase from the 9GW installed in 2018 to 1,095GW by 2040, with the majority being utility-scale projects.

This 122-fold increase is expected to be made possible by further sharp declines in the cost of lithium-ion batteries – on top of an 85% reduction in the 2010/18 period – and will require a total investment of $662 billion (£547bn).

The report forecasts a further halving of battery costs per kWh as demand takes off in both the stationary storage and electric vehicles (EVs) market.

It adds only 10 countries are on course to represent almost three quarters of the global market in gigawatt terms, with South Korea leading the market in 2019, however, it is expected to be overtaken by China and the US.

The report finds energy storage will become a practical alternative to new build electricity generation or network reinforcement, with total demand for batteries from the stationary storage and electric transport sectors forecast to reach 4,584GWh by 2040.

The falling costs of wind, solar and battery technology mean the renewable sources could make up almost 40% of the world’s electricity by 2040 – up from 7% today, Bloomberg New Energy Finance (BNEF) adds.

BNEF Head of energy storage Logan Goldie-Scot said: “In the near term, renewables-plus-storage, especially solar-plus-storage, has become a major driver for battery build. This is a new era of dispatchable renewables, based on new contract structures between developer and grid.”