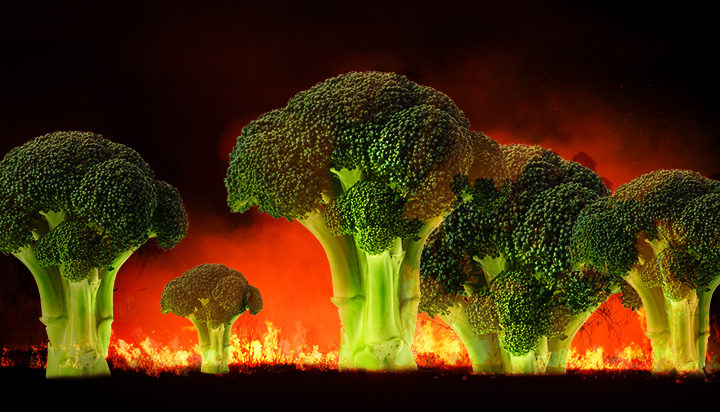 The price of fresh vegetables in Australia could rise as much as 50% as a result of the wildfires sweeping the nation.

That’s the warning from Shaun Lindhe, spokesperson for AUSVEG, the industry body for the Australian vegetable and potato industries – he suggested leafy greens such as broccoli are likely to see the highest price hikes.

The news will not be welcomed by vegans and vegetarians, many of whom have adopted a meat-free diet to help reduce the effects of climate change.

Although many acres of farmland have been destroyed in the fires, AUSVEG noted it expected logistical issues to drive the bulk of the cost increases.

Mr Lindhe reportedly told Nine News: “There have been some farms damaged by the fires but probably the logistical issue that have resulted from highway closures and power outages have had an impact. When supply goes down, our prices can go up.”

It is uncertain how long the increases will last and shoppers have been urged to continue buying fresh fruit and vegetables to support the industry as it recovers.

Meat and dairy prices across Australia are also likely to be affected due to millions of livestock animals being killed in the fires.