Budget 2020 – greener than it first appears?

The Budget on 11 March 2020 was overshadowed by the coronavirus crisis so the important energy and climate related announcements it contained have not had as much publicity as they deserve. 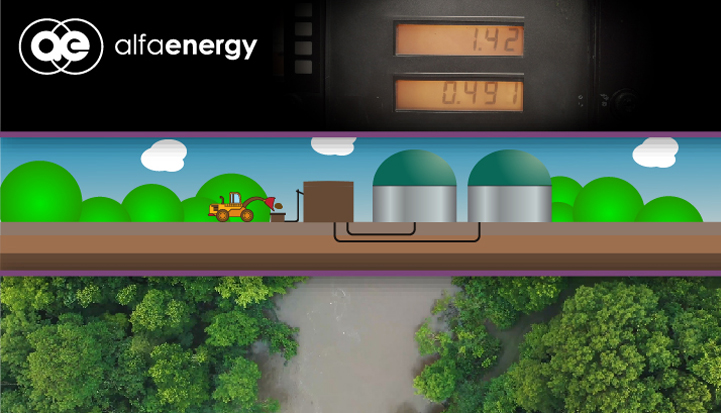 The Budget on 11 March 2020 was overshadowed by the coronavirus crisis so the important energy and climate related announcements it contained have not had as much publicity as they deserve. Climate campaigners say the Budget measures don’t go far enough – other analysts say consumer bills will rise – who’s right?

Unsurprisingly, the headline announcement that fuel duty would remain unchanged was popular with the tabloid press and criticised by climate campaigners. Surely the government needs to show it is serious about net zero and moving away from fossil fuels – and what better time could there be to raise fuel duty than when oil prices are on the floor and likely to remain there?

Perhaps the critics are a little unfair. Road fuels are already heavily taxed – more than required to meet the ‘social cost of carbon’ (the government’s estimate of the long-term cost of carbon emissions to the economy). The Budget also removed a significant tax break for red diesel, which can now only be used for agriculture and non-commercial heating. So in fact the tax take on diesel will rise overall.

As energy economists like Dieter Helm have pointed out, huge costs of renewable subsidies, carbon and energy taxes have been piled onto electricity consumers whilst gas consumers pay virtually nothing to reflect the environmental impact of gas consumption. The UK consequently has amongst the highest electricity prices in Europe but the lowest prices for gas. Whilst this is great for gas users it provides little incentive to switch to cleaner electrical heating, a trend which will need to be encouraged if the UK’s net zero ambitions are to be met. The tax difference has become increasingly perverse, so it was only a matter of time before gas supplies were targeted by the Treasury.

Business users will feel the effect of this rebalancing in two years time.   Climate Change Levy rates will be frozen for electricity but raised for gas with the aim of equalising them, in relation to their carbon emissions, by 2025. Businesses can expect more rebalancing to follow as electricity gets progressively cleaner. Energy intensive users will be relieved to know that Climate Change Agreements will be extended for two years enabling them to pay CCL at reduced rates, with a consultation on long term options to follow.

Domestic users don’t pay the CCL, but they and business user can look forward to a new tax – a Green Gas Levy – to help increase the proportion of green gas in the grid. Details have yet to be decided but this could add over £1bn pa to consumers bills – a significant amount, but still much less costly than the renewable subsidies funded by electricity users. Industrial users will nevertheless be concerned that this and further gas taxes don’t erode the competitiveness of their gas supplies.

Industrial users and climate campaigners will be encouraged that the government is now committed to establishing Carbon Capture and Storage in at least two UK sites, one by the mid-2020s and a second by 2030, supported by the creation of a new CCS Infrastructure Fund of at least £800 million. There will also be support for at least one CCS power station by 2030, supported by consumer subsidies.

The Budget also confirmed there will be a consultation on a new grant scheme to help households and small businesses invest in heat pumps and biomass boilers, backed by £100 million government money. It also earmarked £270 million for a new Green Heat Networks Scheme to make use of waste heat.

The other headline announcement in the Budget was as massive increase in the roadbuilding programme, seen by the government as a critical part of long overdue infrastructure investment. This was predictably attacked by environmentalists but in fairness to the government it should be seen alongside their existing commitment to phase out sales of combustion engine cars by 2035 or earlier and other support measures in the Budget to increase demand for electric vehicles. Governments have to balance priorities in a way activists do not. Investing in roads at the same time as encouraging a more rapid move towards electric vehicles could be a shrewd way of keeping motorists on side with the net zero agenda.

The Budget was more complex than might have first appeared. It was certainly not all about roadbuilding and freezing fuel duty. Consumers can look forward to higher gas prices and new incentives will ensure work will goes ahead on carbon capture, heat networks, biomethane, and supporting demand for electric vehicles. Yes, more details will need to be announced in due course – some perhaps in the forthcoming Energy White Paper. But it was nevertheless a significant step in the right direction towards delivering net zero.

Need to know more? Listen to Alfa Energy’s Podcast, Budget Net-Zero? here! We look at how the budget supported the Government’s commitment to begin the journey towards net-zero emissions and how it appears in contradiction. We also consider what to watch out for in future legislation, and what it may mean for business in terms of cost and action to achieve this important, but ambitious endeavour!

What you will learn: