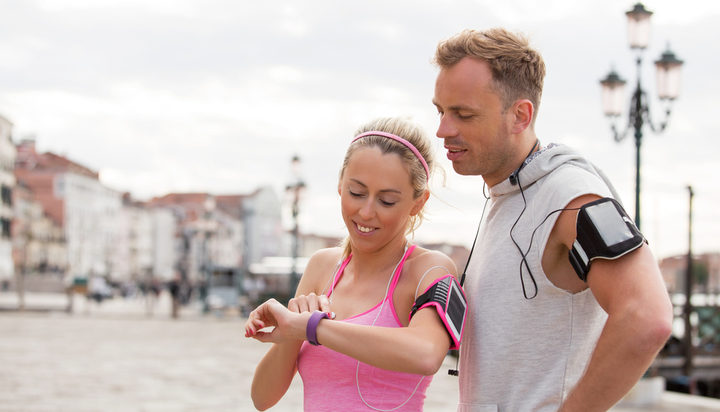 A new generation of wearable devices powered by human sweat instead of conventional, environmentally-intensive batteries could help reduce harmful electronic waste in the future.

That’s the suggestion from engineers of the Bendable Electronics and Sensing Technologies (BEST) group at the University of Glasgow who have been working on developing a new type of flexible supercapacitor.

The innovation, which aims to replace electrolytes found in conventional batteries with sweat, can be fully charged with as little as 20 microlitres of fluid.

To make the sweat-powered supercapacitor, the researchers have used absorbent polyester cloth and a thin layer of polymer known as polystyrene sulfonate – as the cloth absorbs its user’s sweat, the positive and negative ions in the sweat interact with the polymer’s surface, creating an electrochemical reaction which generates energy.

Ravinder Dahiya, Head of the BEST group, said: “Conventional batteries are cheaper and more plentiful than ever before, but they are often built using unsustainable materials which are harmful to the environment.

“That makes them challenging to dispose of safely, and potentially harmful in wearable devices, where a broken battery could spill toxic fluids onto skin.

“As wearable devices like health monitors continue to increase in popularity, it opens up the possibility of a safer, more environmentally-friendly method of generating sustainable power, not just for wearables but possibly also for emerging areas such as e-bikes and electric vehicles (EVs), where sweat equivalent solution could replace the human sweat.”