Streets between London Bridge and Shoreditch, Euston and Waterloo and Old Street and Holborn may be limited to buses, pedestrians and cyclists, according to the plans 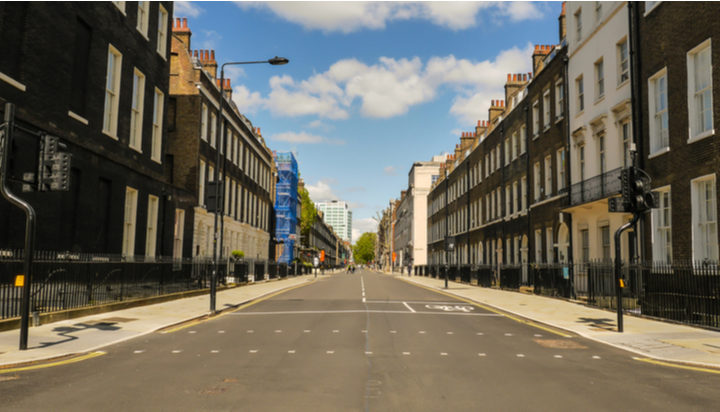 Streets between London Bridge and Shoreditch, Euston and Waterloo and Old Street and Holborn could soon be limited to buses, pedestrians and cyclists.

As London gradually starts to emerge from lockdown measures, the Mayor of London, Sadiq Khan and Transport for London (TfL) have announced plans to transform parts of central London into ‘one of the largest car-free zones in any capital city in the world’.

It says Waterloo Bridge and London Bridge may be restricted to people walking, cycling and buses only, with pavements to be widened to enable people to safely travel between busy railway stations and their workplaces.

TfL has also added around 5,000 square metres of extra space on footpaths across London, giving people space to safely walk and queue for local shops while maintaining social distancing.

To prevent London’s roads from becoming unusably blocked with congestion, TfL has confirmed the Congestion Charge and Ultra Low Emission Zone (ULEZ) will be reintroduced on 18th May.

As a temporary measure and to support the transformation of London’s streets, it is also proposed that the Congestion Charge will increase to £15 next month and the hours of operation extended as part of a package of temporary changes.

COVID-19 will fundamentally change the way we travel around our city.

That’s why today, @TfL and I are announcing our plans to make central London one of the largest car-free zones in any capital city in the world, increasing walking and cycling and improving our air quality.