The Committee on Climate Change’s annual reports to Parliament might not sound like the most exciting reading, but this year’s report is more than usually important. 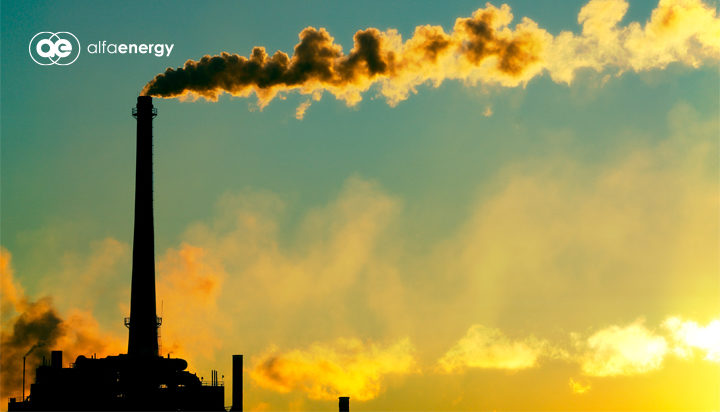 The Committee on Climate Change’s annual reports to Parliament might not sound like the most exciting reading, but this year’s report is more than usually important. It is the first such report since the General Election a little over six months ago, and its recommendations are likely to have profound impacts on energy users for decades to come.

Progress against targets – a mixed picture

The report sets out in detail how the UK has performed against its recent targets reducing carbon emissions – pretty well, as it turns out – and more importantly whether we are on track to meet our longer-term targets. The CCC had already flagged up concerns that the target for 2028-32 is likely to be missed unless the government takes further measures to reduce emissions from heat, transport, industry and agriculture. This report highlights the risk that the long-term target of net zero emissions by 2050 will also be at risk unless significant policy changes are made within the lifetime of the current Parliament.

The CCC acknowledges the tremendous progress that has been made on reducing emissions from power generation. Remarkably, the UK has reduced power emissions faster than any other developed economy. A system that no so long ago had the lowest proportion of renewable power in Europe has been transformed – wind, solar and biomass are producing record amounts of power – and the UK now has the largest offshore wind fleet in the world. Coal use has fallen to the lowest level since the end of the 19th century and will shortly be phased out altogether, and gas is increasingly being used as a backup for intermittent renewables rather than for baseload generation. This has come at a considerable cost to consumers (currently around £10b pa in levies and subsidy costs) but the environmental benefits have been substantial too.

The question is how to do the same for transport – and for heat. Electrification might seem the easy answer, and indeed in many circumstances it will probably be the best solution. Hybrid and battery vehicles are coming down in price and charging infrastructure is starting to become more available across the country, and the government has already announced its intention to phase out sales of new combustion engine cars by 2035 at the latest, possibly somewhat earlier. Heat pumps offer a way of decarbonising heat in commercial and domestic buildings, although there are likely to be practical and economic problems installing them satisfactorily in certain locations.

The CCC recommend that by 2030-35 all new cars and heating systems should be low carbon.

Unfortunately heat electrification is still relatively expensive compared with gas, even when coupled with energy efficiency improvements to reduce consumption – and electric vehicles are still relatively expensive to buy, if not to run. The CCC believe strong policy levers will need to be used to kick start this transformation, including legislation to phase out sales of new gas boilers and conventionally fuelled vehicles. Tax on gas use may also need to be increased to reflect its carbon footprint, which could prove controversial.

Electrification is not be the only option for transport. Hydrogen may be a more practical fuel for heavy goods vehicles and some forms of long-distance transportation.   It is also an option for decarbonising high temperature industrial processes that currently rely on gas and indeed as a possible means of heating commercial and domestic buildings. Hydrogen produces no carbon emissions when burned but currently the cheapest means of producing it is carbon intensive – so-called ‘blue’ hydrogen from steam reformation of methane from natural gas – so carbon capture and storage would be required. Ultimately the goal will be to produce ‘green’ hydrogen from electrolysis of water using renewable of other low carbon power. Sensibly the CCC recognises both approaches will need to be pursued, at least initially, until hydrolysis costs (including power) fall sufficiently to make this an economically sustainable option.

As an interim measure, hydrogen might also be blended with natural gas to lower carbon emissions. This could reduce the near-term costs of heat decarbonisation by extending the use of existing boilers (in some cases with minor modification) and the gas distribution network until a pure hydrogen or viable electrical alternatives are developed. Trials are already underway, but it is too early to know whether hydrogen blending will prove to be a practical proposition.

The CCC rightly identify network investment as key to delivery of the UK’s carbon targets. This will include extending and reinforcing the electricity grid to accommodate much more offshore wind, new nuclear power stations, distributed renewable generation and storage, interconnectors to neighbouring markets, and infrastructure to accommodate widespread vehicle charging. Changes may also be required to re-purpose the gas grid for more extensive use of hydrogen, and the development of local heat networks. All this will take time – hence the importance of starting this process as soon as possible.

The CCC argue public spending to aid economic recovery as the country emerges from the coronavirus crisis should be conditional on contributing to the net zero goal. Doing this in practice may not be straightforward. Some government assistance to businesses is already committed, and it will be difficult for to ignore pleas from assistance from industries in danger of going bust where this could have a detrimental short-term effect on consumers and/or local communities.

Nevertheless, the idea is logical – why wouldn’t government target recovery funds in areas of the economy that contribute to its environmental objectives? It is not as if there is a lack of investment required. Hundreds of billions will eventually have to be invested in energy networks, low carbon power generation, carbon capture, vehicle charging, heat pumps, energy efficiency in buildings, hydrogen infrastructure, and so on if the long term decarbonisation of the economy is to be achieved. If government can finance some of this more cheaply than private industry, under the current circumstances at least, it would make sense to do so.

The CCC’s report is to Parliament – and it is to Parliament that the government will have to respond. There is no doubt their actions will be subject to intense scrutiny. The cross-party consensus on the need to deliver net zero is strong and appears undented by the current economic crisis. As the CCC points out, it will be especially important for the UK to show leadership in the run up to hosting the COP26 climate talks next year.

It is anyone’s guess how many of the CCC’s recommendations will be accepted, or when firm policy proposals will eventually emerge – but it is clear that the government has much work to do in the next few months.

Need to know more? Listen to Alfa Energy’s Podcast Episode, The heat is on here!

Jeremy Nicholson, Corporate Affairs Officer, discusses some of the factors in the CCC report and what they mean for energy and sustainability professionals with Nikki Wilson, Carbon Compliance Manager at Alfa Energy.

To learn more about the UK net zero target and how to develop and deliver a net zero strategy for your business here.

In this episode, you will learn about: