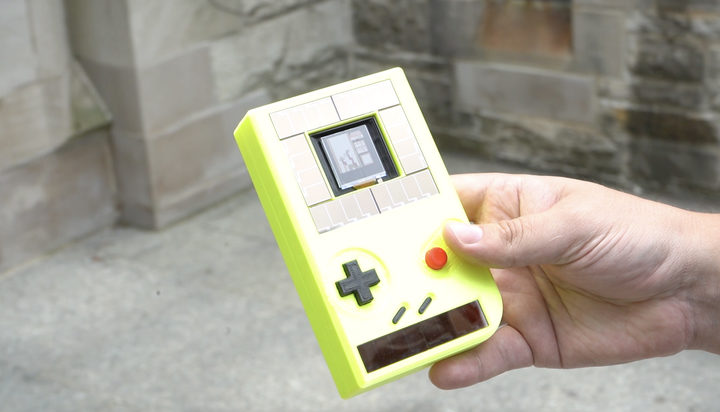 A new gaming device that charges with solar energy and even human interaction is considered the ‘first battery-free’ device of its kind, allowing ‘indefinite gameplay’.

The retro game console was developed by researchers at Northwestern University and the Delft University of Technology (TU Delft) in the Netherlands.

Behind the idea of creating the gaming device was scientists’ goal to reduce society’s reliance on batteries and protect the environment by reducing waste which ends up in landfills.

Instead of batteries, the console harvests energy from the sun and the user – with this technology, gaming could potentially last forever without the need for recharging.

The gaming platform is equipped with a set of solar panels around the screen while button presses by the user provide a second source of energy.

Josiah Hester, Co-Lead of the research and Assistant Professor of Electrical and Computer Engineering and Computer Science in Northwestern’s McCormick School of Engineering said: “It’s the first battery-free interactive device that harvests energy from user actions.

“When you press a button, the device converts that energy into something that powers your gaming. Our work is the antithesis of the Internet of Things, which has many devices with batteries in them. Those batteries eventually end up in the garbage.

“If they aren’t fully discharged, they can become hazardous. They are hard to recycle. We want to build devices that are more sustainable and can last for decades.”