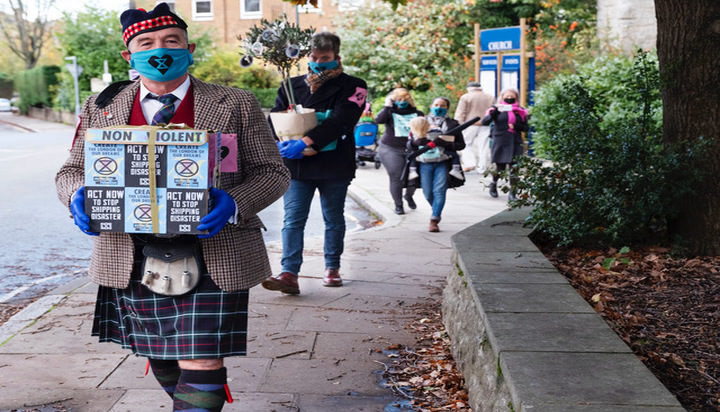 A small group of activists from Extinction Rebellion today delivered a pack of symbolic ‘gifts’ to Sir David Attenborough’s home in Richmond, London.

The special delivery included a letter and an olive tree adorned with photos of environmentalists.

The climate activist group, which is known for staging protests for the climate change, decided to go at the naturalist’s home to express its opposition to his recent comments to the BBC about the Extinction Rebellion group.

In the letter Extinction Rebellion wrote: “You yourself have said, ‘we cannot be radical enough when dealing with climate change‘.

“But your recent comments to the BBC, where you said ‘you have to be careful that you don’t break the law’ and that Extinction Rebellion should question whether their actions are ‘political and sensible’ suggest you believe otherwise.

“We urge you now to rethink this position and recognise the role nonviolent civil disobedience plays when communicating to your global audience.”

The group reportedly met the broadcaster’s daughter who turned them away, reminding them that the 94-year-old presenter is shielding from coronavirus.