Almost a quarter of electronic devices and electrical appliances sold in the UK do not meet current standards for energy efficiency, according to a new report 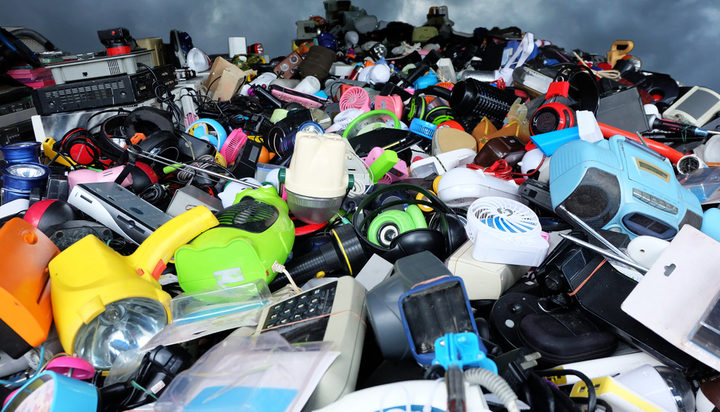 The UK generates more e-waste per person than any country in the world, with the exception of Norway.

That’s according to a new report by the environmental charity Green Alliance, which finds the short lifespan of electronic devices and electrical appliances is one of the most challenging e-waste issues the UK faces compared to other countries.

The findings of the report suggest one reason consumers are being exposed to short-lived electronic products is poor enforcement of product standards, with up to a quarter of those sold not meeting current standards for energy efficiency.

That means that the UK is missing out on 800,000 tonnes of carbon dioxide equivalent savings a year, according to the analysis.

A research carried out by PwC found that producing 75 grams of metals for a typical smartphone requires at least 6.5 kilograms of ore to be mined.

The production also generates 60 kilograms of carbon dioxide equivalent, which is more than 300 times the weight of the phone itself.

Libby Peake, Head of Resource Policy at Green Alliance, said: “Even before the pandemic, people were frustrated by products that didn’t last. At a time when many experiencing financial difficulties and are becoming more dependent on electronic devices to communicate with family and friends, this couldn’t be more urgent.”