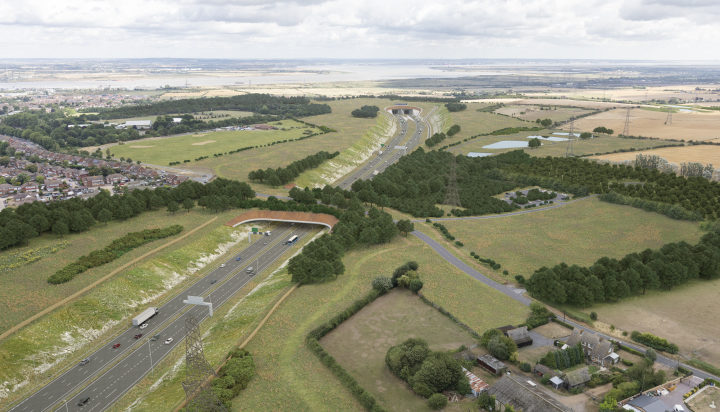 The Lower Thames Crossing (LTC), which is a proposed project to build a road tunnel between Kent and Essex, will generate more than five million tonnes of emissions.

Environmentalists claim the proposed tunnel project is at odds with Boris Johnson’s pledge to cut the UK’s emissions by 68% against 1990 levels by 2030.

The infrastructure project would be the longest road tunnel in the UK at 2.6 miles long and would include 14.3 miles of new road in total, connecting the M2/A2, A13 and M25.

Around 50 new bridges and viaducts will also be built if plans go ahead.