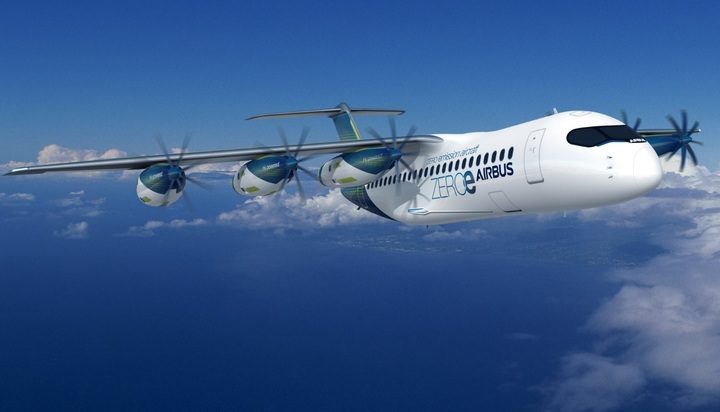 The so-called ‘pods’, which are attached beneath the aircraft wing, contain propellers, motors and fuel cells, which together provide thrust to the jet.

Airbus said each ‘pod’ can be disassembled and reassembled very quickly, so that they could be easily maintained and refuelled at airports.

The engineers behind the design aim to scale up hydrogen fuel cell technology for larger aircraft on long-range flights.

According to the Airbus team, smaller experimental hydrogen aircraft with up to 20 seats can rely on a traditional configuration with two propellers.

However, more passenger capacity and longer range require another solution.

Glenn Llewellyn, Vice President of Zero-Emission Aircraft, said: “This ‘pod’ configuration is a great starting point to nurture further inquiry into how we can scale up hydrogen technology to commercial aircraft.

“This is one option, but many more will be conceptualised before we make a final selection, a decision that is expected by 2025.”