The train, which is claimed to have ‘net negative’ emissions and does not require charging from the grid, is set to replace diesel trains 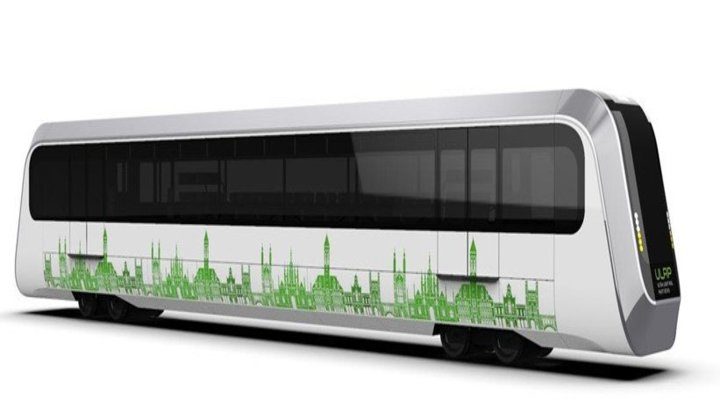 The new railcar, which has been developed by engineers from the Worcester-based firm Ultra Light Rail Partners, is called BioUltra and it converts biomethane gas into electricity, which charges the batteries and helps the train move.

Biomethane is derived from various waste products, including sewage sludge, farming crop residue, animal manure and food waste, which are broken down by bacteria to produce the gas.

The railcar will be roughly 20 metres long with a top speed of 50 miles per hour and will be able to carry up to 120 passengers.

BioUltra, which is claimed to have ‘net negative’ emissions, is intended to replace diesel trains on branch lines which have not been electrified.

The development of the train has been supported by a £60,000 grant from Innovate UK.

In June 2019, the company was awarded £350,000 grant from Innovate UK and Department for Transport to build a 60-person railcar.