Portfolio Earth claims financiers are ‘co-responsible’ for propping up the plastic packaging industry, one of the main contributors to harmful plastic waste 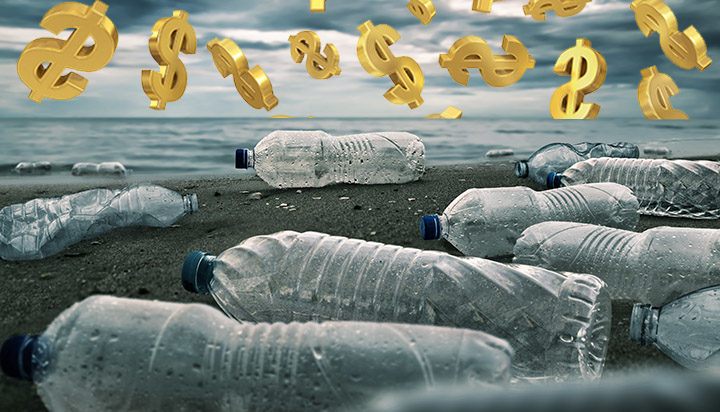 Global banks are “silently and indiscriminately” financing the tide of plastic pollution pouring into the world’s oceans.

Portfolio Earth says financiers are “co-responsible” for propping up the plastic packaging industry, the primary source of the waste increasingly clogging up natural environments and waterways – the report highlights two million plastic bags are used every minute.

Shockingly, they are used for an average of only 12 minutes before being thrown away – they can then remain in the environment for more than a thousand years, harming natural habitats and releasing toxic microplastic particles.

Every minute a truckload of plastic waste is deposited in the world’s oceans, with Portfolio Earth warning the current “volume and persistence of plastic pollution is unprecedented in human history”.

The group claims that between January 2015 and September 2019, global banks provided finance in the forms of underwriting and loans worth more than $1.7 trillion (£1.25tn) to forty large businesses operating in the plastic supply chain- this is equivalent to $790 million (£581.5m) every day over this period.

The report alleges only ten banks accounted for a massive 62% of the finance identified in its research – these are Bank of America, Citigroup, JPMorgan Chase, Barclays, Goldman Sachs, HSBC, Deutsche Bank, Wells Fargo, BNP Paribas and Morgan Stanley, which the report calls “out of step with reality, as well as the wishes and concerns of their customers”.

Portfolio Earth suggests these banks lack suitable due diligence systems, contingent loan criteria or financing exclusions in order to help avoid financing plastic waste from being generated and stresses that only businesses that can demonstrate best-practice in terms of virgin production, recycling and waste disposal should be eligible for finance.

The group calls for a shift towards circular, localised systems, driven by government holding businesses more accountable for the effects their practices have on the planet.

The report states: “By indiscriminately funding actors in the plastic supply chain, banks have failed to acknowledge their role in enabling global plastic pollution. They have fallen far behind the crowd of other actors that contribute to the plastic pollution crisis.”

The banks named in this article have been contacted for a response.