Chancellor of the Exchequer Rishi Sunak said ‘a real commitment to green growth’ is needed to build a strong, fair and resilient future economy 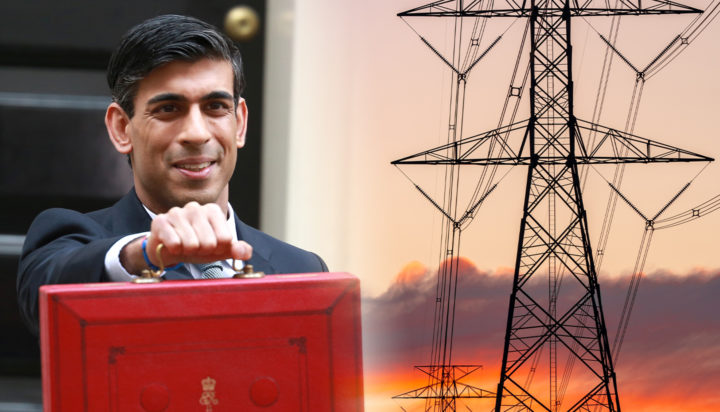 A new infrastructure bank based in Leeds will drive at least £40 billion of green investment.

That’s among a series of sustainable plans set out in Chancellor of the Exchequer Rishi Sunak’s 2021 Budget, in which he established how the Conservative Party will work to drive a sustainable and business-focused recovery in the face of the COVID-19 pandemic, which saw the UK economy shrink by 10%, the largest fall in GDP recorded in the past 300 years.

He stressed the UK must “do things that have never been done before” and emphasised that a “real commitment to green growth” is needed to build a strong, fair and resilient future economy.

Mr Sunak said: ‘The first-ever UK infrastructure bank, located in Leeds, the bank will invest across the UK in public and private projects to finance the green industrial revolution.

“Beginning this spring, it will have an initial capitalisation of £12 billion and we expect it to support at least £40 billion of total investment in infrastructure.”

Building on the government’s upcoming green finance measures, he unveiled a new retail savings product in the form of a green bond to give the UK public a chance to directly invest in environmentally-friendly projects themselves.

The Chancellor also announced new plans for the offshore renewables sector, stating: “Offshore wind is an innovative industry where the UK already has a global, competitive advantage, so we’re funding new port infrastructure to build the next generation of offshore wind projects in Teeside and Humberside.”

The Budget also included plans to position the City of London as the global leader for “voluntary high-quality carbon offset markets” and to provide an updated monetary policy remit for the Bank of England to better reflect the importance of environmental sustainability and the transition to net zero.

He added there would be new funding directed to the Holyhead Hydrogen Hub and pledged to see the UK become a “scientific superpower” – he stated: “When I look to the future of Teeside, I see old industrial sites being used to capture and store carbon and offshore wind turbines creating clean energy for the rest of the country.”

However, not everyone in the House of Commons was convinced – Keir Starmer, Party Leader of the Labour Party, cast doubt on the sincerity of the pledges to deliver net zero, warning that the Budget announcement “falls short of what is needed” to tackle the climate emergency, which he stressed remains “the biggest challenge in this country”.

Referring to the controversial West Cumbria Mining project, Mr Starmer said: “If anything sums up this government’s commitment to a green recovery and jobs for the future, it’s building a coal mine we can’t even use.”