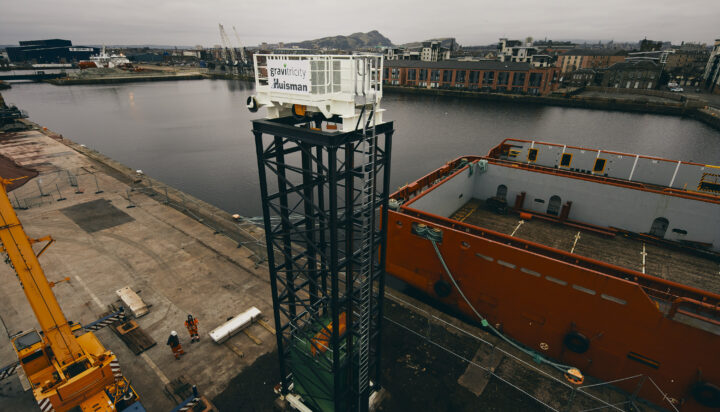 One of the universe’s fundamental forces, gravity is set to power an energy storage project in Edinburgh.

Located at Forth Port’s Prince Albert Dock, the £1 million demonstration project will use underground shafts and massive weights to store energy.

Frances Tierney, Engineering Project Manager, said: “We calculate we can go from zero to full power in less than a second, which can be extremely valuable in the frequency response and backup power markets.

“We’ll then run tests with the two single weights, dropping one after the other to verify smooth energy output over a longer period, alongside a programme of other tests to demonstrate and refine the full capabilities of the system.”