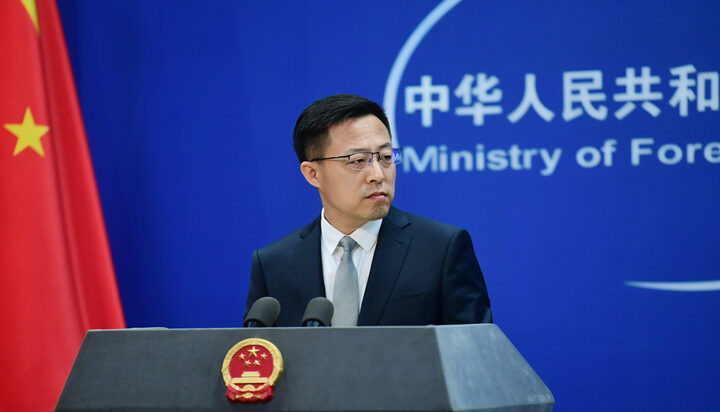 Mr Aso’s claim was made to further support the Japanese government’s recent decision to dispose of more than one million tonnes of treated water from the Fukushima nuclear power plant into the ocean.

Mr Aso had reportedly said: “I have heard we will have no harm if we drink the treated water.”

Mr Zhao said: “Some say Japan’s decision was endorsed by the US. But that doesn’t mean endorsement by the international community.

“Oddly, the US ‘thanked’ Japan for its efforts. If the US values environmental protection, it should shoulder its responsibility rather than adopt double standards.