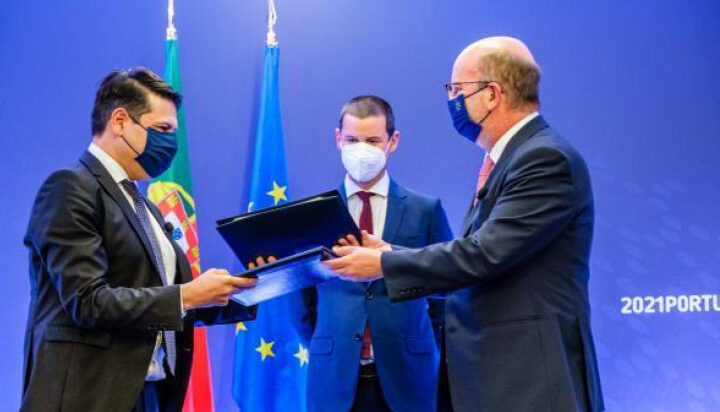 The European Investment Bank (EIB) and the Portuguese Government have joined forces to promote the development of the hydrogen sector in the country.

They have signed a memorandum of understanding to foster co-operation and accelerate investments in the hydrogen industry.

The EIB believes the hydrogen sector will play an important role in accelerating the energy transition, as outlined in the European Hydrogen Strategy launched by the European Commission in 2020, which aims to build a whole hydrogen ecosystem for a climate neutral Europe by installing 40GW of green hydrogen capacity by 2030.

The Bank will support Portugal’s ambitious environmental objectives set out in the 2030 National Energy and Climate Plan and in the 2050 Carbon Neutral Roadmap for Portugal.

The Bank’s financial support and technical assistance offered by the Advisory Hub will accelerate investments in the sector while improving the bankability of projects.

João Pedro Matos Fernandes, Minister of the Environment and Climate Action said: “Achieving carbon neutrality by 2050 and at least 55% greenhouse gases emission reductions by 2030, demand profound changes in our energy system and a strong commitment to an energy transition supported in the deployment of renewable energy. Renewable hydrogen is expected to play a key role in the decarbonisation of sectors where other alternatives might not be feasible or be more expensive, being decisive for the decarbonisation of Europe.

“Portugal aims to produce competitive green hydrogen and is keen to play a relevant role in the emerging hydrogen economy. This agreement we have signed today is an important piece of this strategy and is decisive for reinforcement of this projects.”