Is offshore wind’s future taller than the Eiffel Tower?

A multi-turbine structure is predicted to generate enough energy to power 80,000 homes while reducing the cost and emissions of conventional installations 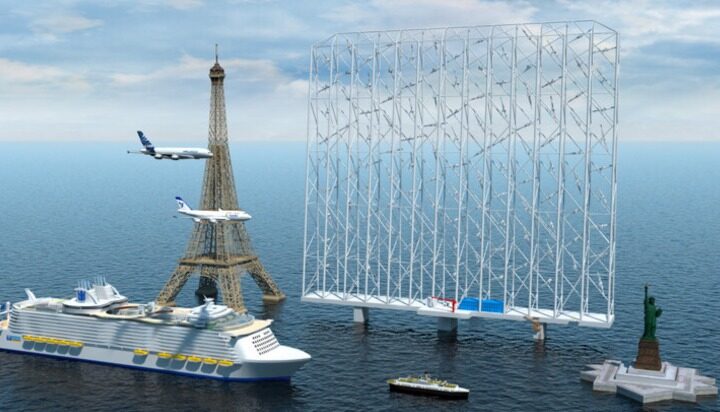 The Norwegian company Wind Catching Systems has unveiled an offshore wind structure, taller than the Eiffel Tower, that could drive down production costs and generate more energy than conventional wind turbines.

The floating multi-turbine technology consists of several 1MW turbines and once deployed on a large scale globally, is forecast to cut the size occupied by offshore wind installations on the seabed by 80%.

The company estimates just one unit of this solution could be five times as efficient as a conventional offshore wind turbine and could produce enough energy to power 80,000 homes.

The design is also predicted to reduce significantly carbon dioxide emissions associated with the construction and the maintenance of wind turbines.

That is because the solution has a 50-year life and it does not require vessels or cranes for its installation.

The project is currently in a technical testing phase and is expected to hit the market next year.

Ole Heggheim, Chief Executive Officer of Wind Catching Systems, said: “Our goal is to enable offshore wind operators and developers to produce electricity at a cost that competes with other energy sources, without subsidies.”