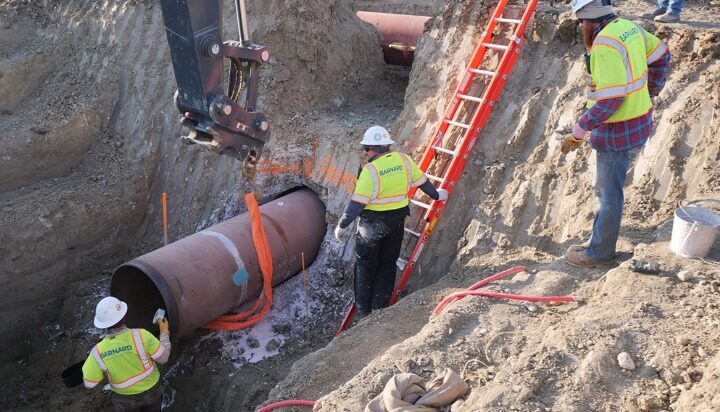 The project, supported by ex-President Trump was designed to connect the world’s third-largest oil reserve in Western Canada to a giant block of refineries on the US Gulf Coast.

The so-called Keystone XL Pipeline aimed to carry more than 800,000 barrels of oil a day.

In January, Joe Biden signed an executive order to halt the construction of the oil pipeline.

One month ago, TC Energy confirmed that it plugged the plug on the controversial 1,200-mile project.

In a statement, the firm said: “TC Energy will be seeking to recover more than $15 billion (£10.8bn) in damages that it has suffered as a result of the US government’s breach of its North American Free Trade Agreement obligations.”