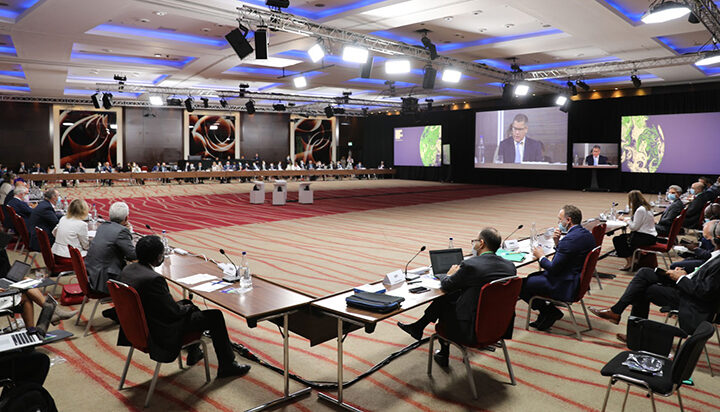 Climate and environment ministers from more than 50 countries were brought together by COP26 President Alok Sharma yesterday in London for a two-day conference – to ensure the climate summit is a success and that countries are on the right path to tackling climate change.

It was the first face-to-face ministerial meeting of its kind in more than 18 months, with major emitting countries such as the US and China discussing the effects of climate change on countries more immediately susceptible to its impacts, such as Jamaica, Costa Rica and Rwanda.

The topics discussed include the organisation of climate finance, a scale-up of efforts to tackle climate change and adapt to its impacts, as well as focusing on implementing the Paris Agreement.

The need to urgently phase out coal, as well as to move away from petrol and diesel vehicles and prevent deforestation were also stressed in the meeting.

Alok Sharma said: “We are facing perilous times for our planet and the only way we will safeguard its future is if countries are on the same path.

“As ministers responsible for tackling climate change, we hold the weight of the world on our shoulders, and the next two days will be nothing short of critical.

“With Parties coming from differing standpoints and perspectives, the world will be watching to see whether we come together in Glasgow and do what is necessary to turn things around in this decisive decade.

“So it is essential that together we roll up our sleeves, find common ground and collectively draw out how we will build a greener, brighter future for our children and future generations.”