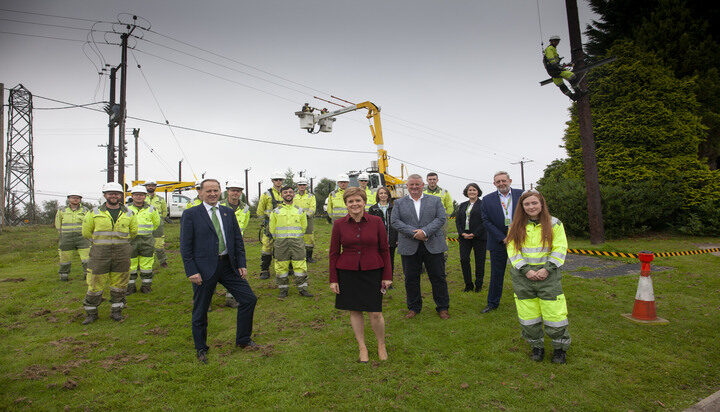 That follows SP Energy Networks’ announcement for what it describes as its largest recruitment drive this century.

The company seeks to recruit in the next four months roles in engineering, construction, sustainability, analysis, safety and environmental planning.

The majority of the new workers will be based in Central and Southern Scotland.

The news was announced during the First Minister’s visit to SP Energy Networks’ training centre.

First Minister Nicola Sturgeon said: “To help tackle climate change Scotland is already investing in green skills and attracting new green job opportunities. It is great to see ScottishPower creating 135 new green jobs in Scotland and I would encourage other employers to follow their lead.”

Frank Mitchell, Chief Executive Officer of SP Energy Networks, said: “With less than 100 days to go to COP26 in Glasgow, we’re bringing truly green jobs to Scotland to support the country with its ambitions to be net zero by 2045.

“These roles offer a variety of career opportunities in a company that is committed to net zero and is investing millions of pounds every single day to help bring about a cleaner, greener future.”