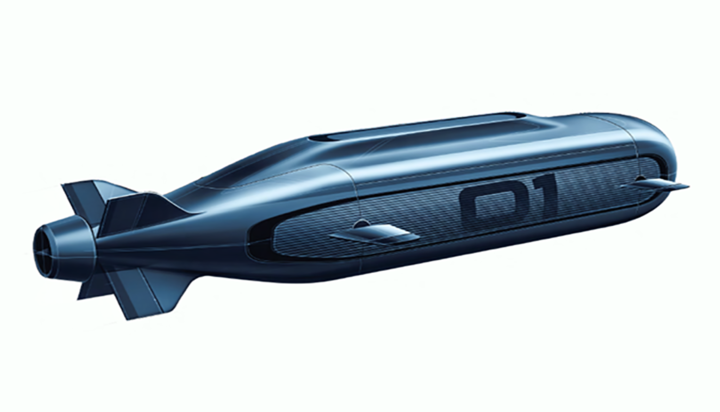 A green submarine project that is claimed to become the world’s first, once it is commissioned, has secured government funding today.

The fully automated, green hydrogen-powered vessel will collect microplastics from oceans while transporting cargo between Glasgow and Belfast.

The company behind the development aims to create a fleet of submarines that could save 27 tonnes of carbon dioxide emissions in the first year of operations.

The firm targets a reduction of 300 million tonnes of emissions as the fleet grows.

The Department for Transport said the submarine is one of the 55 projects that will receive a share of £23 million in research and development competition.

Among the winners is also an electric charging infrastructure for boats – the chargers will be connected with an offshore wind turbine to make the project even greener.

The project is predicted to save 131,100 tonnes of carbon dioxide emissions a year, which is the equivalent of removing over 62,000 cars from our roads.

Transport Secretary Grant Shapps said:  “As a proud island nation built on our maritime prowess, it is only right that we lead by example when it comes to decarbonising the sector and building back greener.

“The projects announced today showcase the best of British innovation, revolutionising existing technology and infrastructure to slash emissions, create jobs and get us another step closer to our decarbonising targets.”