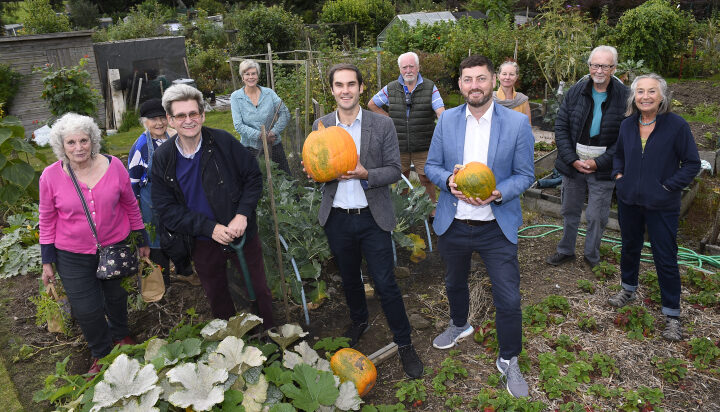 Edinburgh has made a commitment to put food at the centre of its response to the climate emergency and develop itself as a sustainable food city.

It has become a signatory to the International Glasgow Food and Climate Declaration – launched by the International Panel of Experts on Sustainable Food Systems and Nourish Scotland – which highlights the vital role food plays in meeting cities’ net zero targets as well as helping to reduce poverty, inequality and poor health.

It renews the city’s commitment to sustainable food policies and joined up action, raising awareness of how people’s livelihoods, health and local biodiversity are all interconnected with the production, manufacture, supply, consumption and disposal of food.

The Declaration aligns with Edinburgh’s existing net zero commitments, which include developing and implementing integrated food policies and strategies as key tools in the fight against climate change and working towards cutting emissions from urban and regional food systems in accordance with the Paris agreement.

Councillor Adam McVey, Leader of the City of Edinburgh Council said: “Food systems currently account for a third of total global greenhouse gas emissions and, with COP26 being hosted in Scotland later this year, we have a unique opportunity as Scotland’s capital city to bring food systems reform to the forefront of the climate debate.

“Edinburgh’s pioneering local integrated food policies and strategies are helping to reduce the city’s impact on the environment and encouraging biodiversity.

“Through Growing Locally, our first ever food growing strategy and our partnership with Edible Edinburgh, we’re already taking strides in increasing local food production and public awareness of the importance of sustainable food to our environment.”