M25 Protestors opposed by 60% of Brits

The Insulate Britain protestors have blocked the motorway again for the fifth time in eight days, leading to heavy public criticism 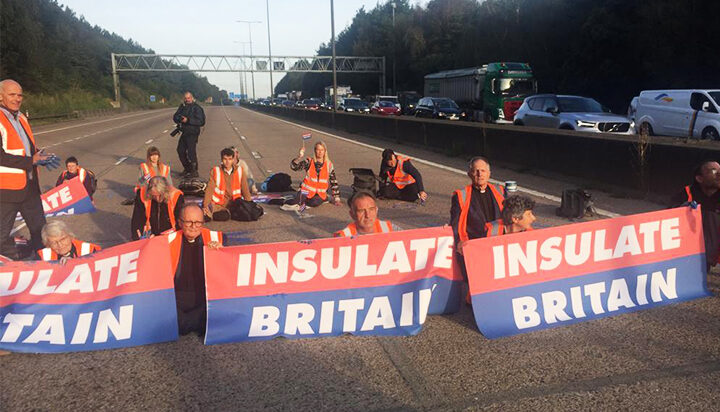 Protestors from Insulate Britain have blocked the M25 again for the fifth time in eight days.

Their actions have had heavy backlash for putting drivers’ lives at risk, especially as individuals ran in front of moving motorway traffic.

Aside from the dangerous impacts to peoples’ lives on the road, a majority of the public also believe their actions hinder the climate change cause.

New research from YouGov has found that 60% of Brits oppose the Insulate Britain protestors blocking the M25, with 33% of those surveyed having heard nothing of the demonstrations in the first place.

The study revealed the actions could be considered futile, when such a heavy section of the country’s population are not even aware of them taking place – but for the 42% that had heard of the protests, reaction was even worse, with 70% opposing their demonstrations.

Just 15% of Brits believe their actions endear the cause of climate change to the public, with 73% claiming the M25 protestors are actually damaging the public perception of the movement.

RAC road safety spokesperson Simon Williams said: “However well-intentioned the cause might be, blocking motorways is incredibly dangerous both to the protesters and those inside their vehicles.

“Not only will this cause disruption to commuters on their way to work but there may be people who miss hospital appointments or worse still emergency vehicles will be delayed which could pose a threat to life.”

Surrey Police confirmed they had arrested 23 people in relation to this morning’s protests.