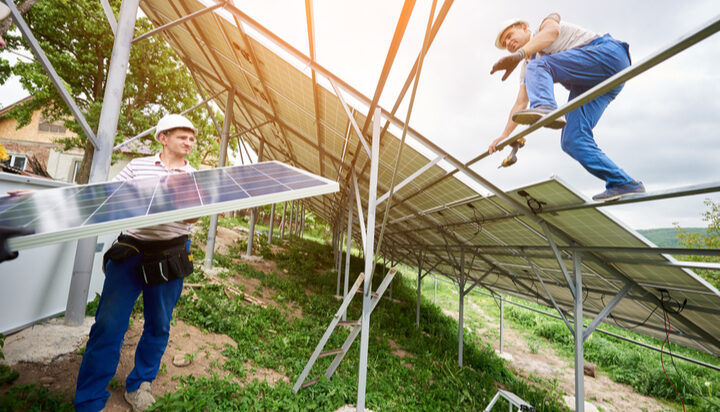 MPs have today urged the government to take urgent steps to tackle a skills gap to fulfill its net zero target.

In its latest Green Jobs report, the Environmental Audit Committee (EAC) expresses disappointment that despite announcements committing millions of pounds to green jobs initiatives, the government is yet to define what a green job is and what actions will be taken to meet the demand.

The EAC also criticises the recently announced Net Zero Strategy which although sets out green jobs and skills ambitions, lacks the necessary information for the delivery plan.

The body suggests a delay in clarifying this information could lead to the government’s ambitions amounting to aspiration and failing to future-proof the UK against climate change.

As an example of this lack of understanding, the EAC mentions the Green Homes Grant voucher scheme, where the government failed to engage with the sector to develop the skills required.

Environmental Audit Committee Chairman Rt Hon Philip Dunne MP said: “The workforce of the future is being undermined by a lack of evidence-based government policies on how jobs will be filled in green sectors.

“Encouraging announcements of investment in green sectors of the economy are very welcome but the government admits that claims about green jobs lack explanation and data on how the targets will be achieved.”

A government spokesperson said: “Over the past year, 56,000 jobs have been created and supported in the UK’s green industries.

“To build on this success, we are delivering various initiatives to ensure people have the right skills to gain employment in Britain’s new low carbon industries.”