In the COP26 opening ceremony later today, the Prime Minister will commit to increasing the climate finance to £1 billion by 2025 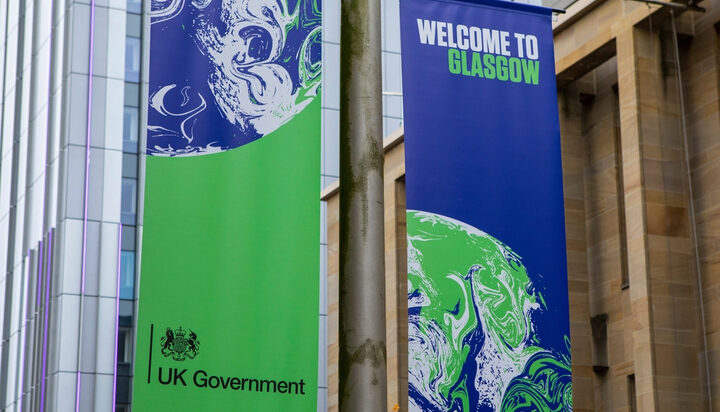 A few hours after the COP26 President’s opening speech, Boris Johnson will highlight the need to act now on climate change as “it is one minute to midnight.”

The Prime Minister will tell the opening ceremony that “humanity has long since run down the clock on climate change. It’s one minute to midnight and we need to act now.

“If we do not get serious about climate change today, it will be too late for our children to do so tomorrow.”

That follows his speech at G20 summit in Rome where he said that “if Glasgow fails, the whole thing fails.

“We have made some progress at this G20. We have had a reasonable G20, but there is a huge way still to go.”

Kicking off two weeks of climate negotiations he is expected to say at COP26: “We have to move from talk and debate and discussion to concerted, real-world action on coal, cars, cash and trees.

“Not more hopes and targets and aspirations, valuable though they are, but clear commitments and concrete timetables for change.”

Earlier, COP26 President Alok Sharma said that the 26th United Nations Climate Change Conference of the Parties is the world’s “last best hope to keep 1.5°C in reach: “I believe that we can resolve the outstanding issues. We can move the negotiations forward. And we can launch a decade of every increasing ambition and action.

“Together, we can seize the enormous opportunities for green growth, for good green jobs, for cheaper, cleaner power.

“But we need to hit the ground running to develop the solutions that we need.”