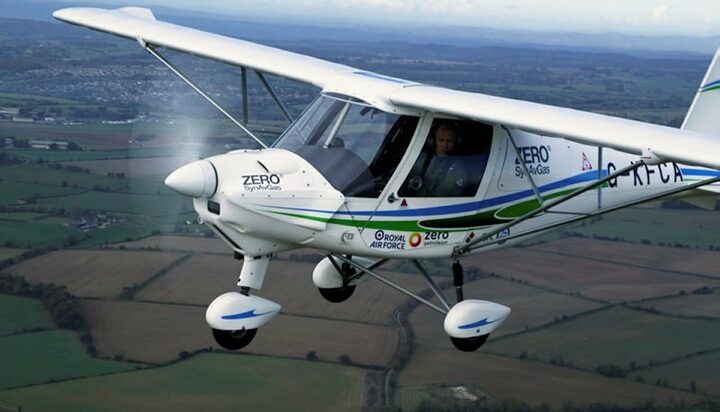 The Royal Air Force (RAF) has set a Guinness World Record operating the first flight of an aircraft fully powered with synthetic fuel.

The technology is forecast to save nearly 90% carbon during every flight.

The aircraft had not required any modification to its engine prior to the low carbon flight.

The flight was part of a partnership between the RAF and the British technology Zero Petroleum.

The project to complete the flight, named Project MARTIN, started in June.

Air Chief Marshal Sir Mike Wigston KCB CBE ADC Chief of the Air Staff said: “Climate change is a transnational challenge which threatens global resilience and our shared security and prosperity. I am determined to tackle this head on and have set the RAF the ambitious goal to be net zero by 2040.

“The way we power our aircraft will be a big part of achieving that goal, and this exciting project to make aviation fuel from air and water shows how it might be done.”

In April the government said the UK’s share of international aviation emissions would be included in its carbon dioxide emissions targets.