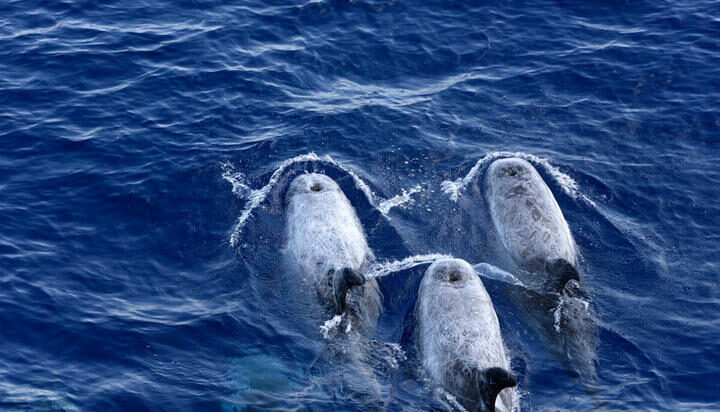 Campaigners have warned that offshore seismic surveys in an oil exploration site off southwest Greece could be an ‘unbearable threat’ to endangered species of whales and dolphins.

Scientists from Pelagos Cetacean Research Institute and Greenpeace activists have found at least four different species, including sperm whales and three species of dolphins, in an area close to the island of Crete are at risk from the seismic tests of TotalEnergies and ExxonMobil.

The group made a visual-acoustic survey that covered a total track line distance of 5,971 kilometres within the offshore region of the Hellenic Trench, including the area where the oil giants, plus Greek firm Hellenic Petroleum, were granted two joint exploration blocks in 2019.

Sandy Fameliari, Climate Outreach Coordinator at Greenpeace Greece told ELN: “Truth is that no one will benefit from gas exploitation at this point; gas will be over soon, thus all these investments are stranded assets putting the environment in danger for no obvious reason other than the companies’ profit.

“Also, Crete, the island closest to the site, depends strongly on tourism and farming, sectors that will be affected heavily in the (very likely) event of sea pollution or an oil spill. Total and ExxonMobil are not welcome here nor anywhere else if they do not commit to decarbonise their activities and get in line with the 1.5°C goal.”

ELN contacted TotalEnergies for a response and the company declined to comment.

ExxonMobil was also approached for a response.