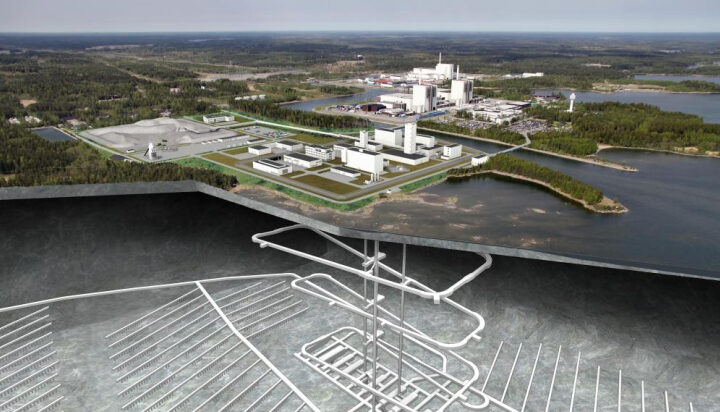 The Swedish Government has given the go-ahead for a site to store spent radioactive nuclear fuel, located 130 kilometres north of Stockholm.

The licence allows the Swedish Nuclear Fuel and Waste Management Company (SKB), developer of the geological disposal facility (GDF) in Sweden, to make preparations for initial construction of the site at Forsmark.

When fully developed in the 2080s, the repository will consist of around 60 kilometres of tunnels with space for more than 6,000 canisters of spent fuel.

The government is now handing over the case to the Land and Environmental Court at Nacka District Court, which will issue a permit and stipulate detailed conditions for the operation.

Annika Strandhäll, Minister for Climate and the Environment said: “The technology and the capacity are available. It is irresponsible to leave nuclear waste in water tanks year after year without taking a decision. We must not pass on this responsibility to our children and grandchildren. Our generation must take responsibility for our waste. This is why the government is permitting the next step in the review process.

“Everyone can feel confident that the process will continue through the land and environmental court as will the step-by-step review under the responsibility of the Swedish Radiation Safety Authority.

“Sweden and Finland are the first countries in the world to take responsibility for nuclear waste. This will be a secure spent fuel repository that will provide safety for both the environment and people. In addition, it provides long term conditions for the Swedish electricity supply and Swedish jobs.”

The approval follows local residents at Forsmark site in Östhammar voting in favour of the plans, after comprehensive site investigations over five years.

She added: “We’re thrilled the see the Swedish Government approve plans for an underground repository for spent nuclear fuel at the Forsmark site in Östhammar.

“As we make progress at home and engage with communities about a GDF to safely deal with radioactive waste for the long-term, it’s encouraging to see progress around the world too. We will continue to work with international colleagues, incorporate latest knowledge and technologies and learn from their experience.”