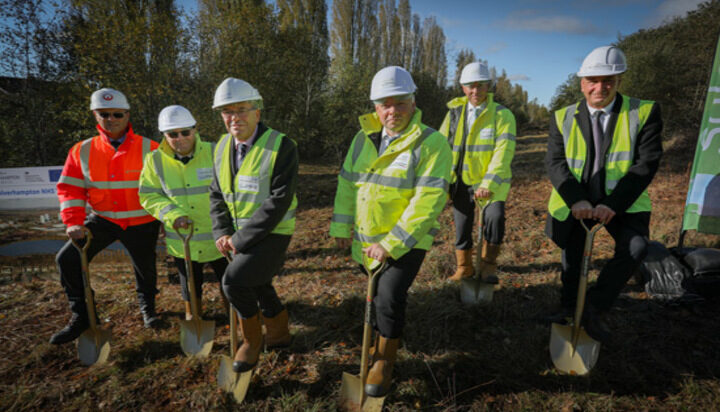 A former landfill site in the West Midlands will soon be converted into a solar farm that will help an NHS Trust to decarbonise its operations.

The project is designed to help power the whole of New Cross Hospital near Wednesfield at Wolverhampton.

The hospital is expected to become the first in England to fully utilise and operate its own facility providing renewable energy.

It is estimated the solar farm, which is due to be completed and operational by summer, will power the hospital for three quarters of the year – around 288 days of self-generated renewable energy.

The project, which covers 11 hectares and is the size of around 22 football pitches, is also predicted to save The Royal Wolverhampton NHS Trust up to £20 million over the next 20 years.

The site, which was formerly mined for coal, was operated as a landfill until it was closed and capped in 1997, the Environment Agency said.

Joe Craddock, Environment Officer at the Environment Agency, said: “It’s fantastic to see a former landfill being used in this way to provide a renewable energy source for the hospital.

“We have taken the opportunity of working with the council to not only maintain but also improve the infrastructure of the closed landfill.

“We have required the City of Wolverhampton Council to review and improve the leachate and gas wells on the site and make updates to the gas flare.

“We will continue to monitor and manage the site as it changes its use into a new source of renewable energy.”