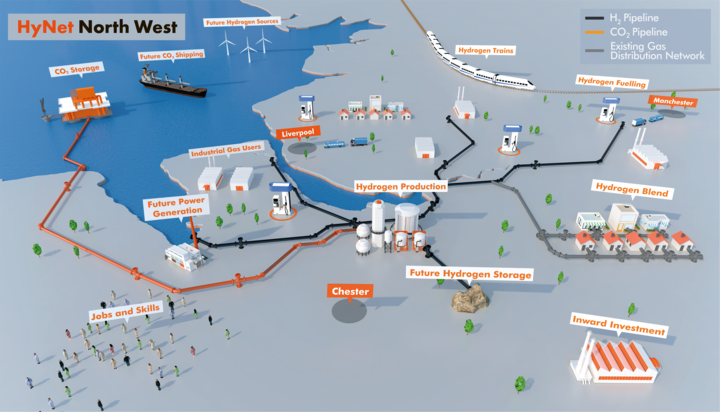 Oil major Eni UK has announced the signing of 19 Memorandums of Understanding (MoUs) with companies interested in having their emissions captured, transported and stored in its depleted fossil fuel reservoirs as part of HyNet North West project.

HyNet North West aims to provide the infrastructure to produce, transport and store low carbon hydrogen from natural gas across the North West and North Wales.

It will also include the creation of what is described as the ‘UK’s first’ carbon capture and storage (CCS) infrastructure.

The project was selected by the government as one of two priority carbon capture, utilisation and storage (CCUS) schemes.

Eni said the agreements signed to date include hard-to-abate sectors.